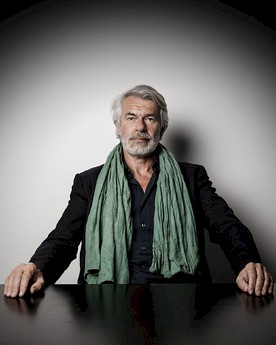 Chris Dercon is an art historian, a documentary filmmaker and cultural producer. In April 2011 he was appointed Director of Tate Modern in London. He was previously Director of Haus der Kunst in Munich, the Museum Boijmans Van Beuningen in Rotterdam and Witte de With – Center for Contemporary Art in Rotterdam, as well as Program Director of PS1 Museum in New York. He curated and co-curated, amongst others, exhibitions of André Cadere, Dan Graham, Konstantin Grcic, Hans Haacke, Carlo Mollino, Helio Oiticica, Paul Thek, Ai Weiwei and Franz West. He has published, contributed to and edited many catalogues, art publications, lectures and interviews worldwide. His current interest lies particularly with old and new textiles. He has made extensive cultural research and co operations with cultural producers in Brazil as of (1988), North Africa – Levant as of (1992), Japan as of (1993), China as of (1999), India as of (2005), and most recently in West Africa, The Gulf and Saudi Arabia.