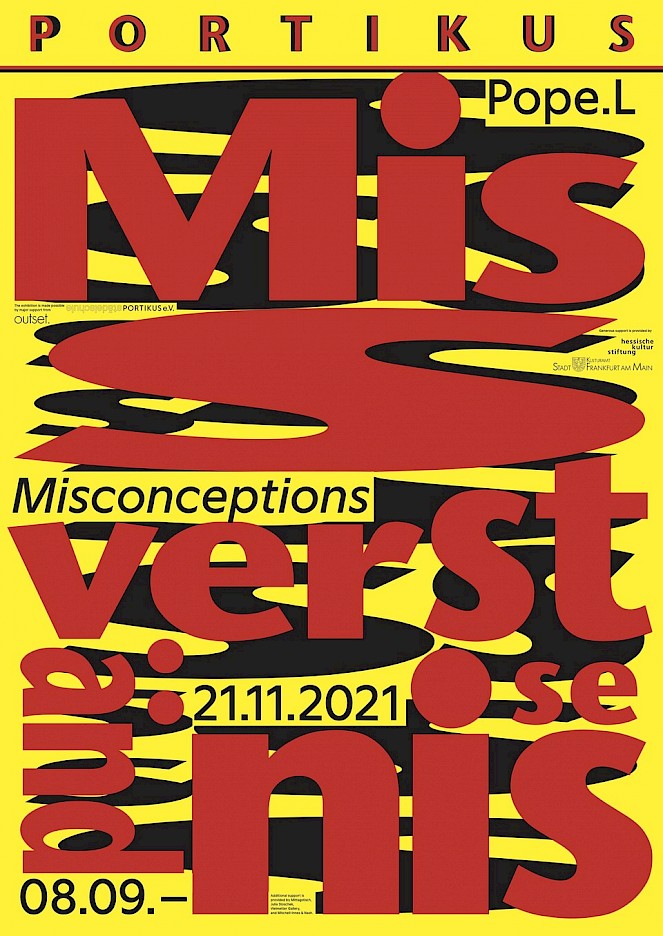 Pope.L´s exhibition Misconceptions features a new video production titled Missverständnisse. It consists of several episodes produced in the format of a TV quiz show and filmed at Portikus and other places around Frankurts city center. The various performers, both professional actors and amateur participants are challenged of the clichés, stereotypes and beliefs of German society as well as confronted with the opinions and convictions of their fellow candidates. The work uses the concept of a TV game show as a widely used format to draw an abstracted picture of German society, taking the demographics of Frankfurt as a starting point.