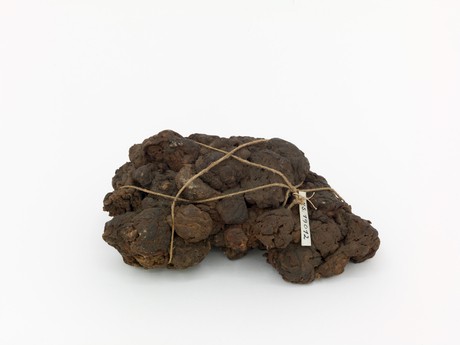 Tom McCarthy *1969 lives in London. His first two novels, Remainder and Men In Space, have been published internationally to much acclaim. Remainder, winner of the Believer Prize 2008, is currently being adapted for film by FILM 4. Tom's latest novel C was shortlisted for the Booker Prize in 2010 and went on to win the highly valued new Win Windham-Campbell award in 2013.

McCarthy is also known for the reports, manifestos and media interventions that he has made as General Secretary of the International Necronautical Society (INS), a semi-fictitious avant-garde network. A fluent commentator on both written and visual arts, Tom has made guest appearances on BBC Radio 4’s Today programme, and writes for a wide variety of print publications such as the Independent, London Review of Books, TLS, and Another Magazine. His non-fiction book Tintin and the Secret of Literature was praised as innovative work of literary criticism.

Clémentine Deliss is a curator and publisher who has been the director of the Weltkulturen Museum in Frankfurt am Main since 2010. In 2005, she published the first edition of Remainder by Tom McCarthy as part of her Metronome and Metronome Press, Paris, initiatives. Deliss studied contemporary art and social anthropology in Vienna, London and Paris and holds a PhD from the University of London (1988, SOAS). Her curatorial work extends beyond exhibitions and has included publishing and research.