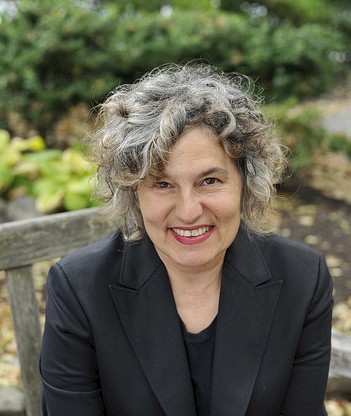 Amy Sillman (b.1956 in Detroit/USA) works and lives in New York and teaches since 2015 as Professor of Fine Arts at Städelschule. In the 1970s she moved from Chicago to New York, where she first studied Japanese language, before turning to painting. Sillman foregrounds the materiality of painting and its formal, psychological, and conceptual dimensions. She constructs her work in a physical way — through gesture, color, and drawing-based procedures — imbuing it with questions of feminism, performativity and humor. Her work is an ongoing negotiation between the improvisatory and the structural aspects of thinking itself, with painting posited as a language in which to express thinking in a formal and affective method. She received an MFA from Bard College in 1995 and has shown regularly since then, including such venues as The Whitney Museum, MoMA, and The San Francisco Museum of Modern Art. One-person exhibitions venues include the Camden Arts Centre in London, The Drawing Center in New York City, Portikus in Frankfurt/Main and the Institute of Contemporary Art in Boston. Her work was also part of several group shows, including institutions such as the MoMa and the Whitney Biennial.