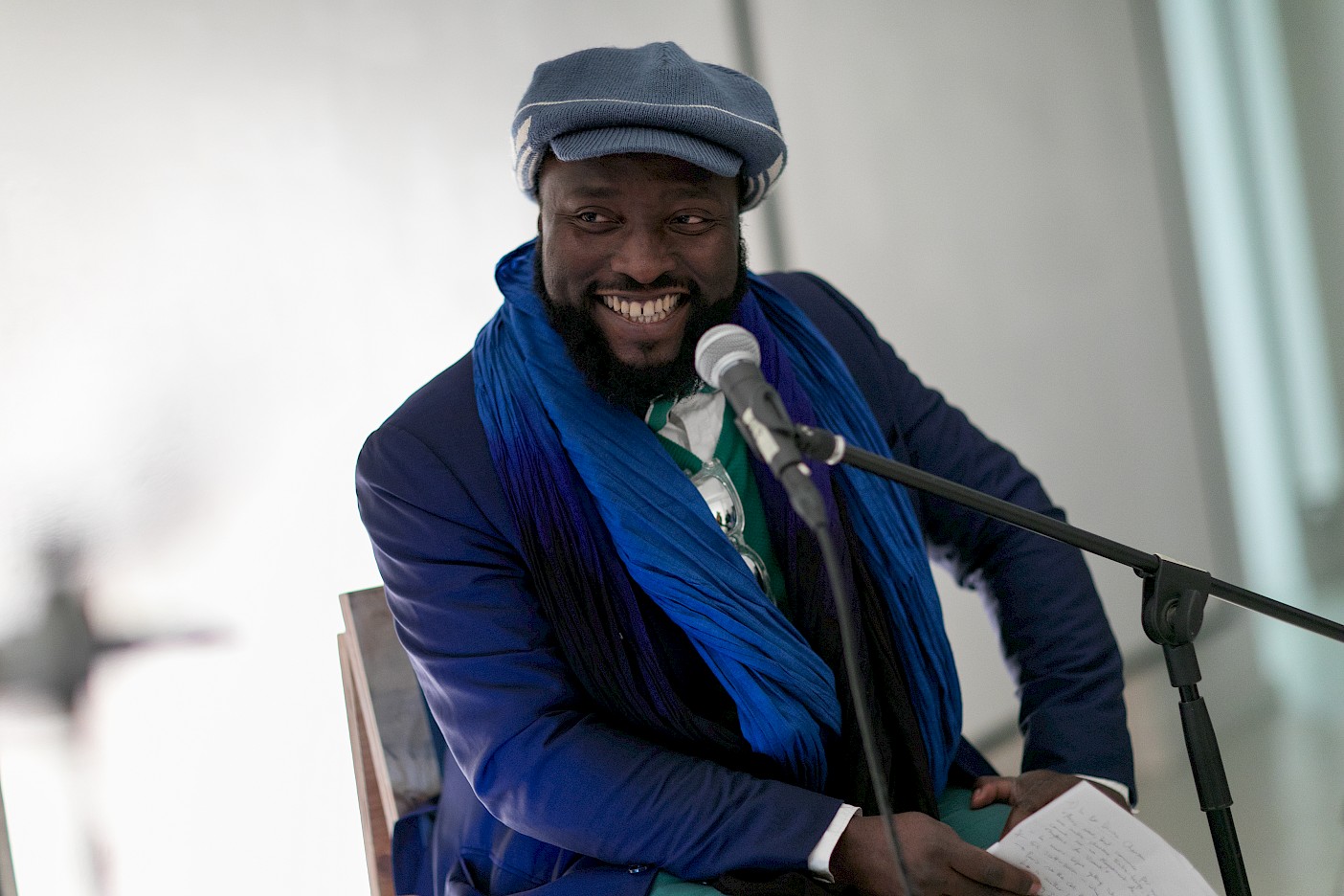 Bonaventure Ndikung (b.1977 in Yaoundé/CM) is a Berlin-based curator. Ndikung has since winter semester 2017 taught as guest professor in sound studies and curatorial studes. In 2009, he founded SAVVY Contemporary Berlin, an exhibition space dedicated to the discourse around notions of the West and non-West. At the beginning of 2019 he was appointed artistic director of sonsbeek 2020, for documenta 14 in 2017, he operated as Curator-at-Large. Since 2015 he is artistic director of Galerie Wedding in Berlin together with Solvej Helweg Ovesen. His independent curatorial projects include cooperations with Wiener Festwochen, Arsenal Berlin, ifa (Institut für Auslandsbeziehungen), Berlinische Galerie,  Goethe-Institut and Tensta Konsthall.