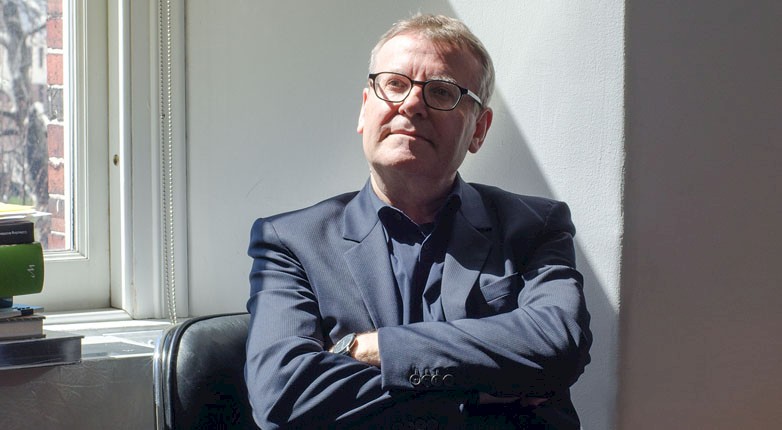 Mark Wigley (b.1956 in Palmerston North/NZ) is a renowned architectural theorist. He is professor of architecture at the Graduate School of Architecture, Planning and Preservation, Columbia University, and its former dean. Wigley studied architecture at the University of Auckland in New Zealand where he received his Ph.D in 1987. In 1989, he was a resident fellow at the Chicago Institute for Architecture and Urbanism. He has won several awards, among them the Triennial Award for Architectural Criticism in 1990 and the Graham Foundation Grant in 1997. In 1988 Mark Wigley co-edited with Philip Johnson the exhibition and publication Deconstructivist Architecture at the Museum of Modern Art in New York. This may be seen to be the first of his many influential, international pieces of work, to which also belongs a series of books, including Constant’s New Babylon: The Hyper-Architecture of Desire (010 Publishers, 1998), White Walls, Designer Dresses: The Fashioning of Modern Architecture (MIT Press, 1995) and Architecture of Deconstruction: Derrida's Haunt (MIT Press, 1993). His latest book is 'Buckminster Fuller Inc.: Architecture in the Age of Radio' and the forthcoming 'Cutting Matta-Clark: The Anarchitecture Project', both published by Lars Müller Publishers. Wigley is a frequent lecturer and guest at various events and institutions throughout the world. For a number of years, Mark Wigley has been a guest-professor in the Städelschule, teaching architectural theory.