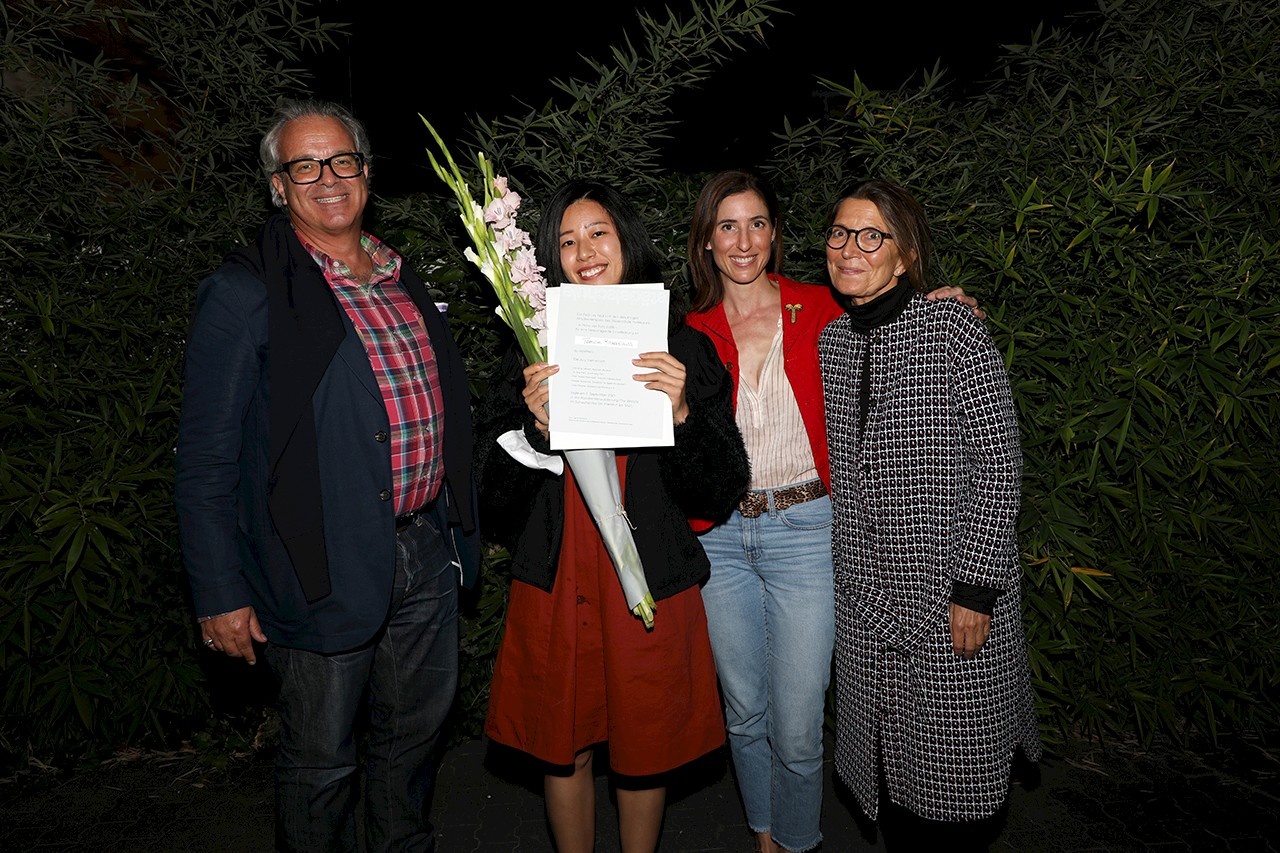 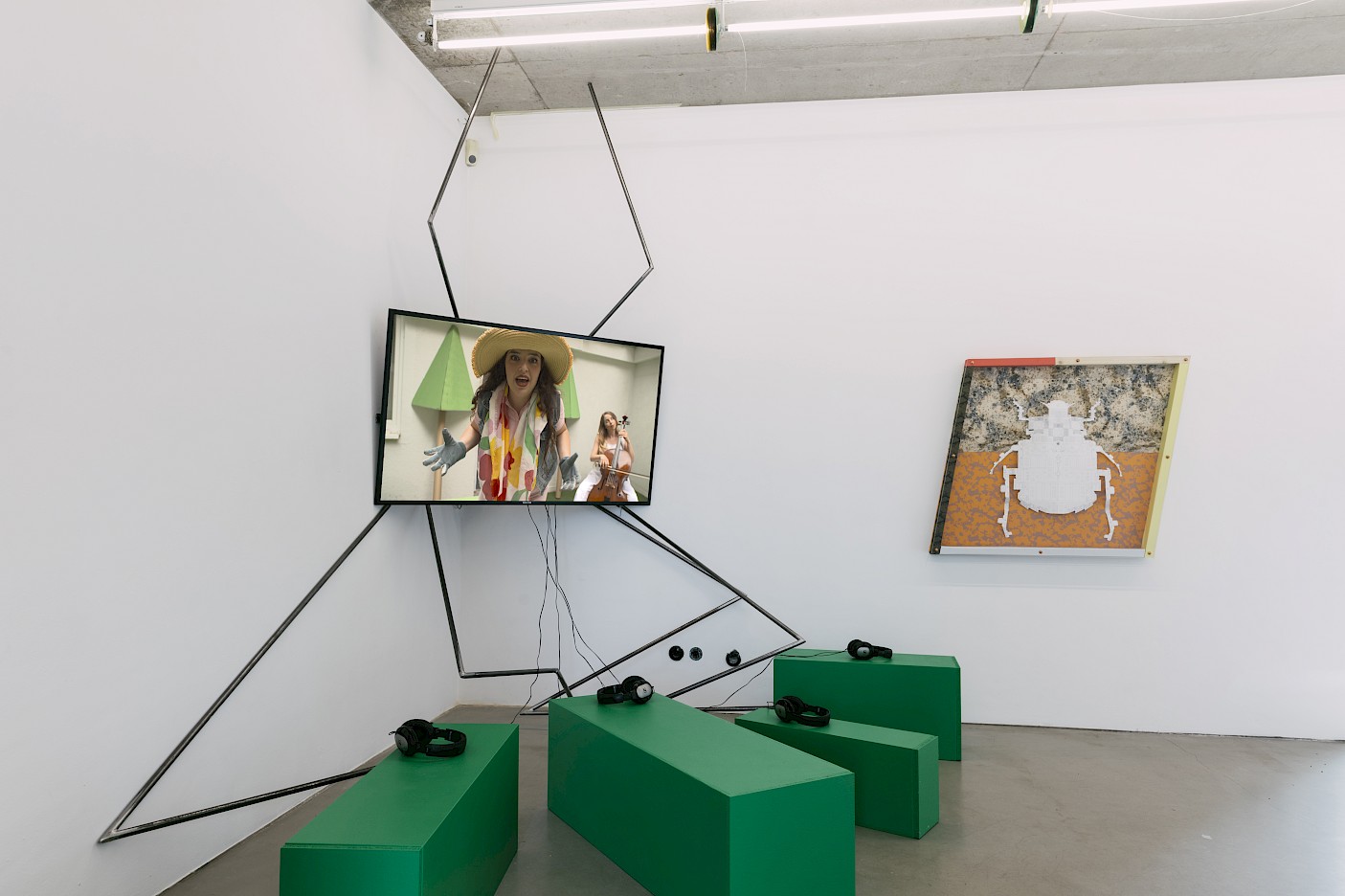 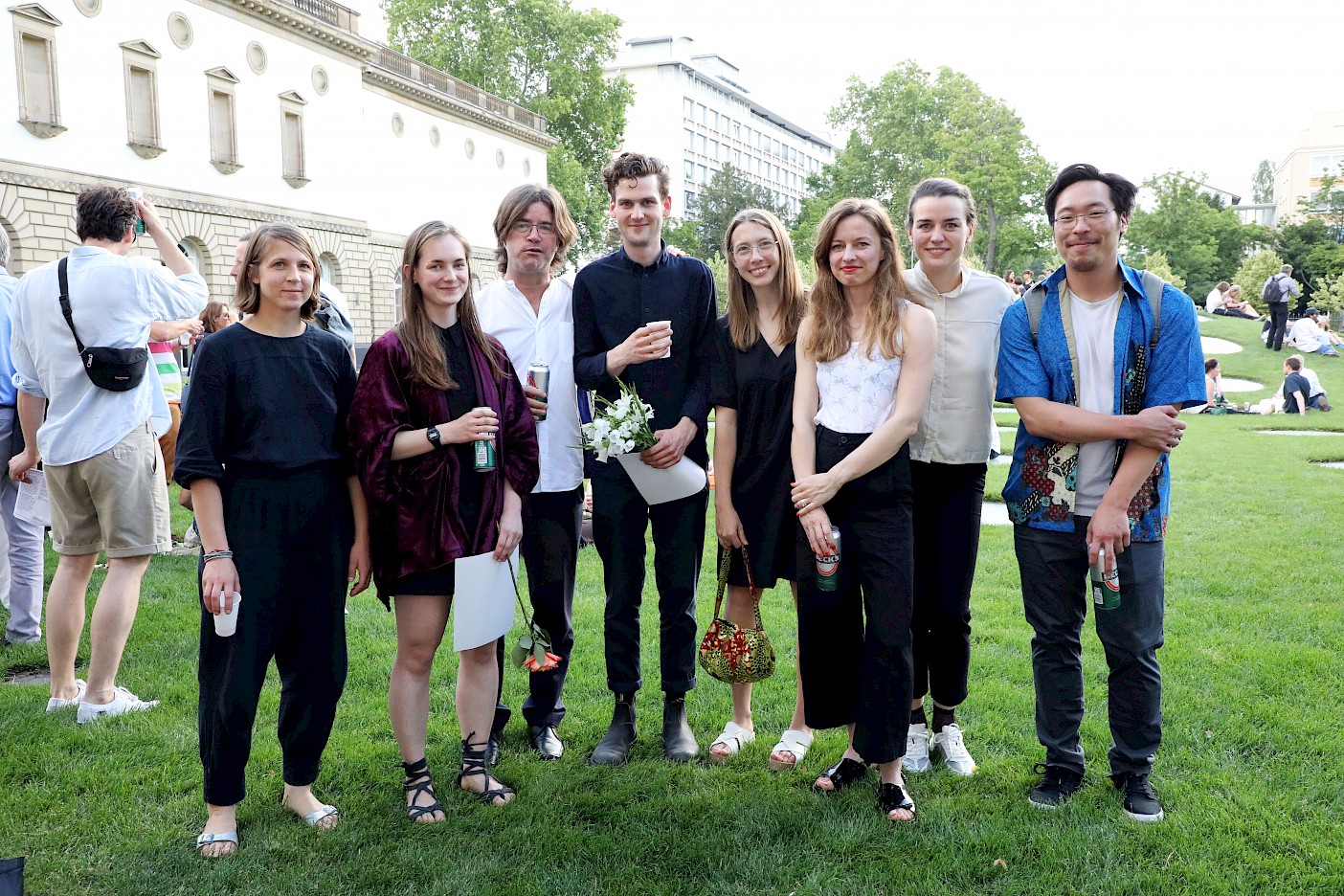 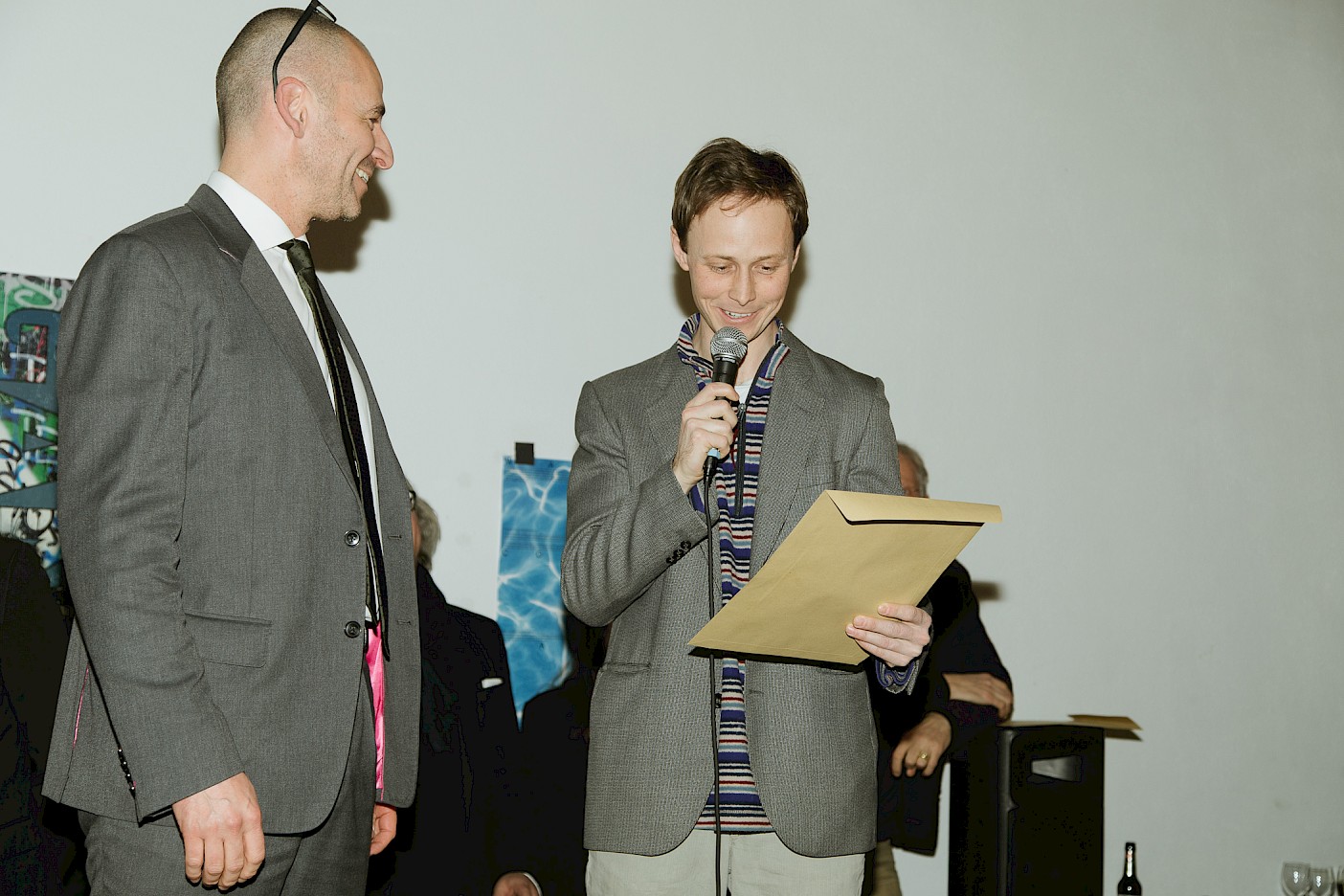 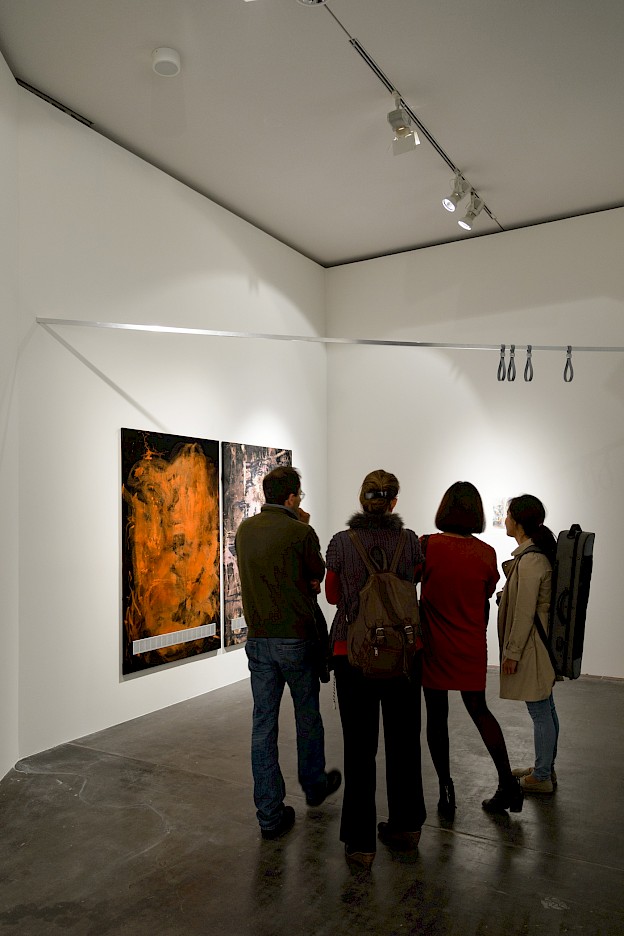 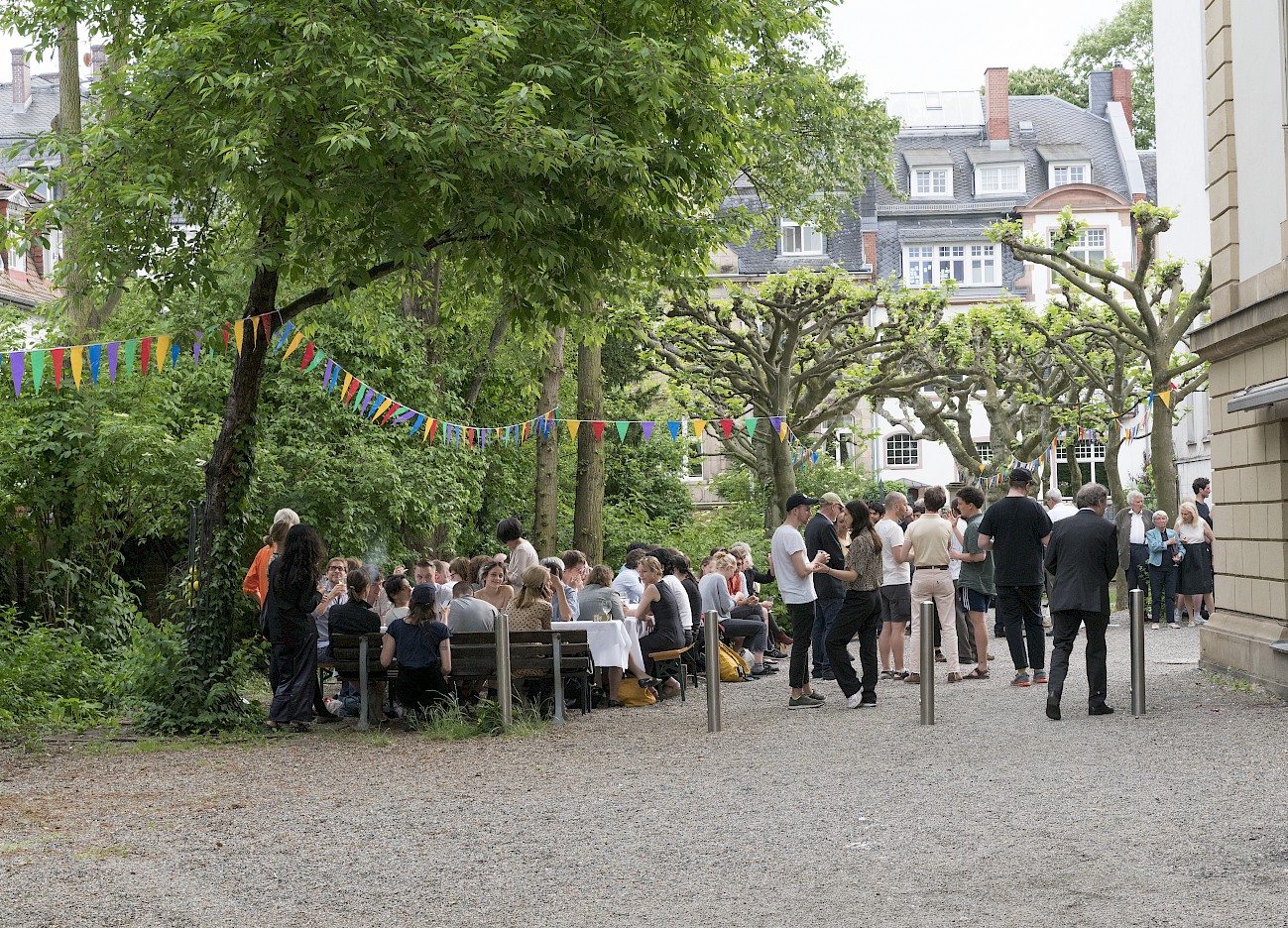 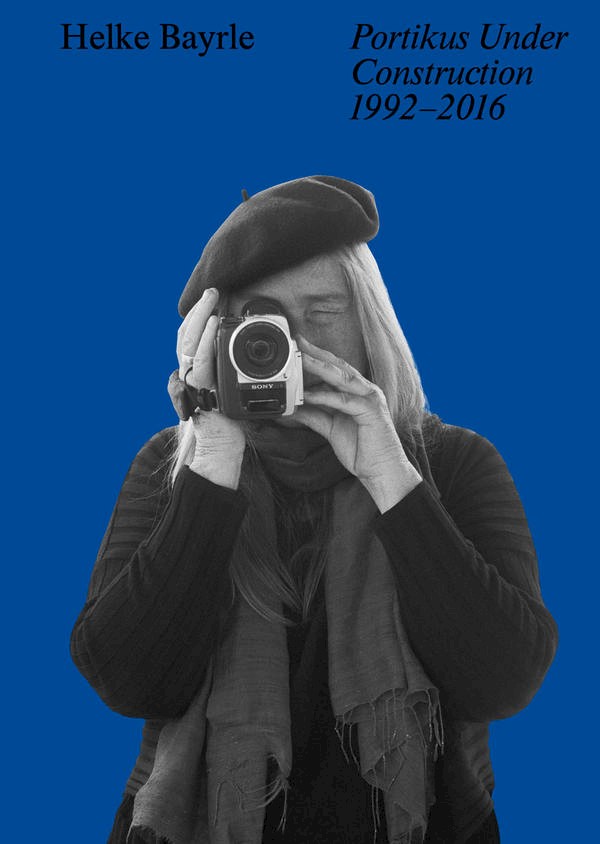 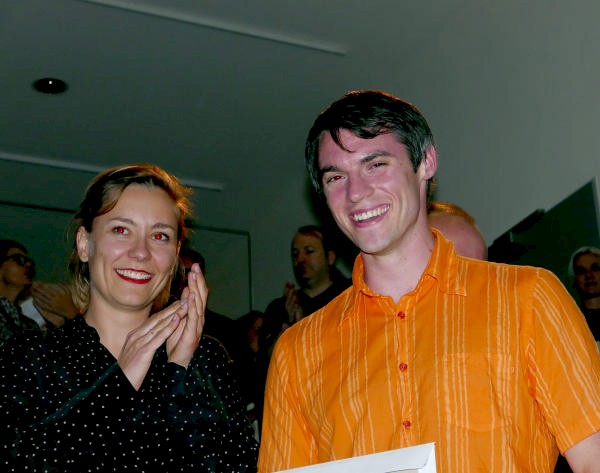 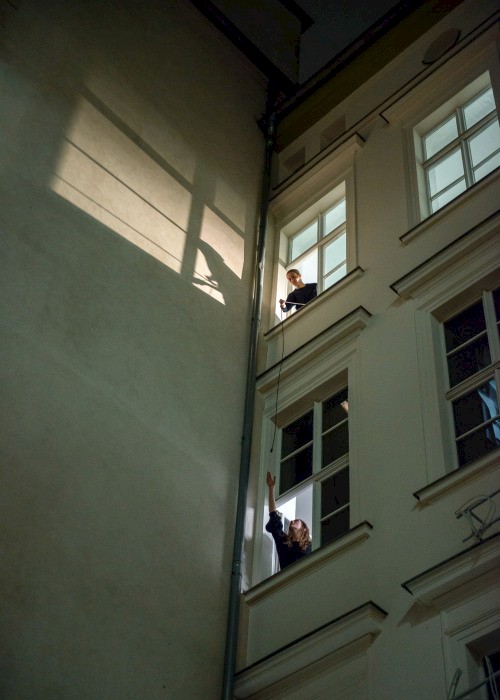 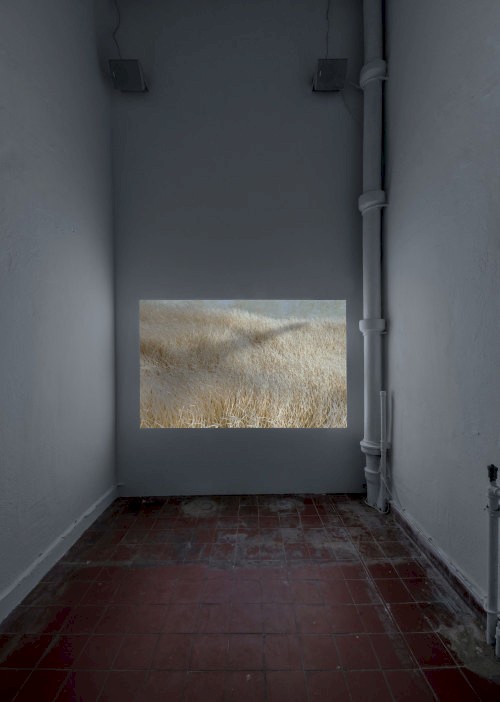 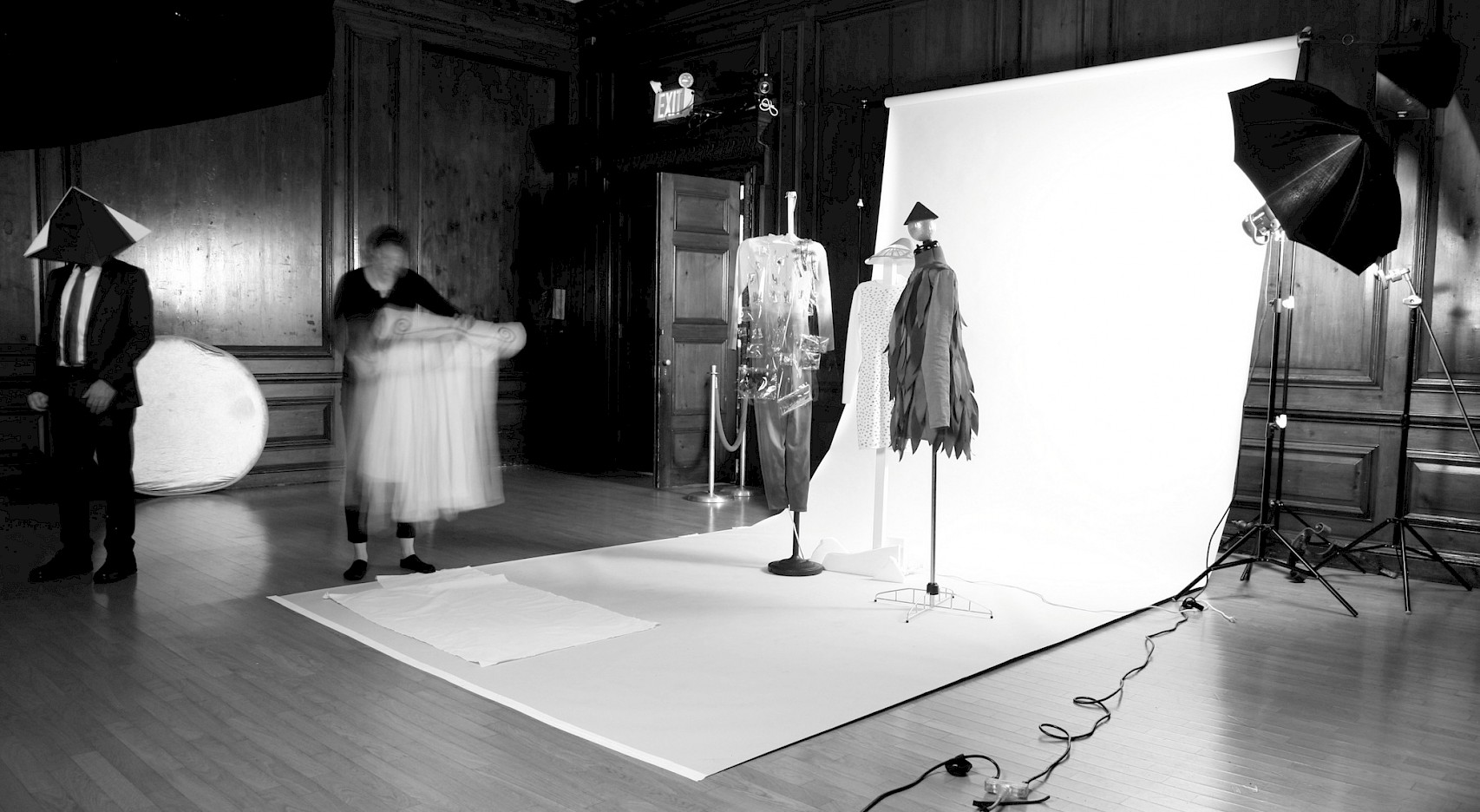 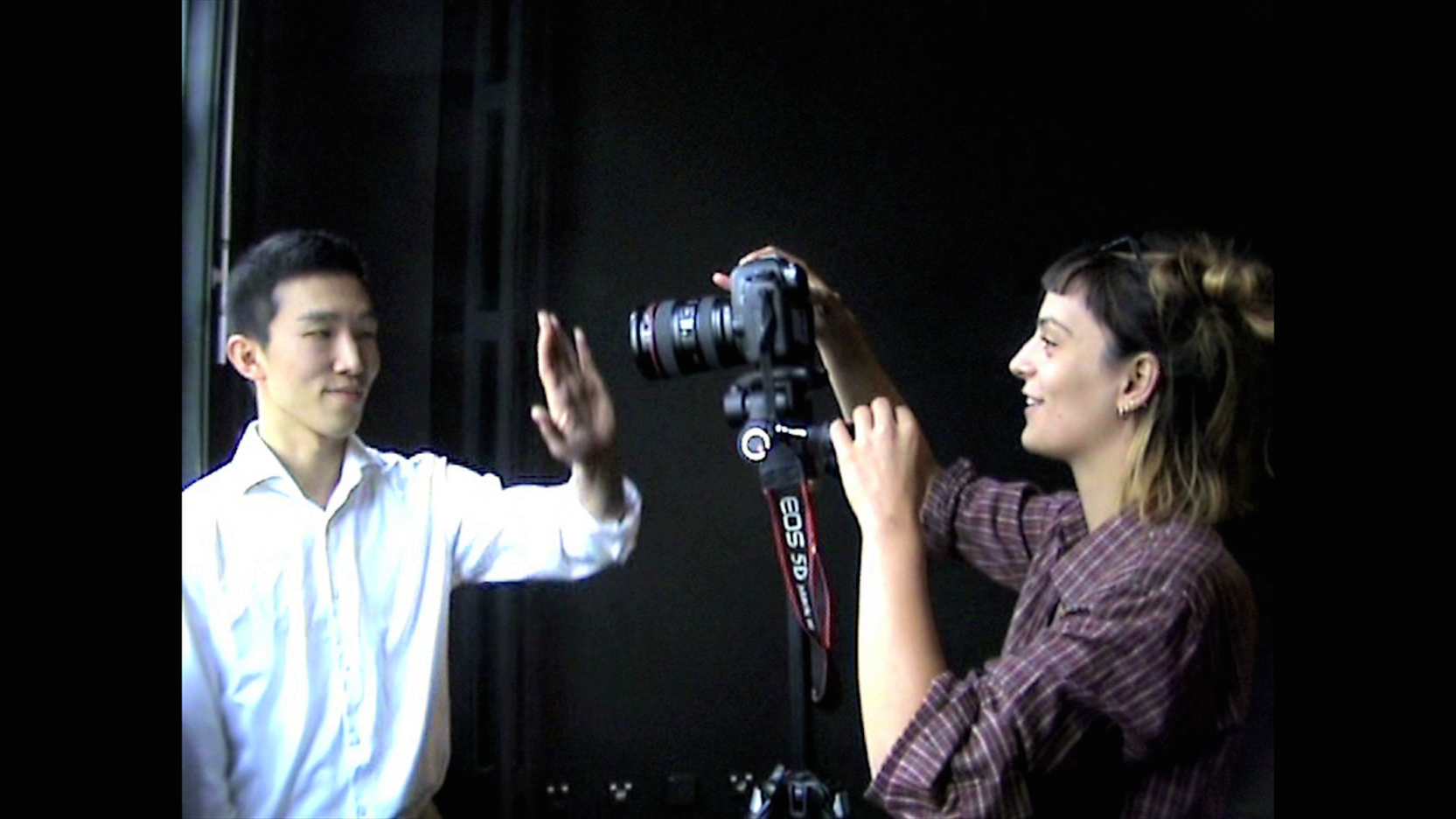 Leda Bourgogne (*1989 in Vienna) lives and works in Berlin. Between 2011 and 2017 she studied fine art at the Städelschule under Judith Hopf. From 2009 to 2011 she studied German and film at the University of Zürich, as well as comparative studies at the Goethe University in Frankfurt in 2015/16.

At the Home of the Brave graduate exhibition in MMK – Museum of Modern Art Frankfurt am Main, she won the 2017 graduate prize of € 2000 awarded by Städelschule Portikus e.V.

The installation of her works Polie, Ventilation Baby 1-2 and Spinal Cord (all 2017) was selected by the jury with the following justification: “The group of works convinced with their exceptional painterly quality in the exploration of performative elements and experimental handling of the media. The presentation also convinced as an installation in the space.” 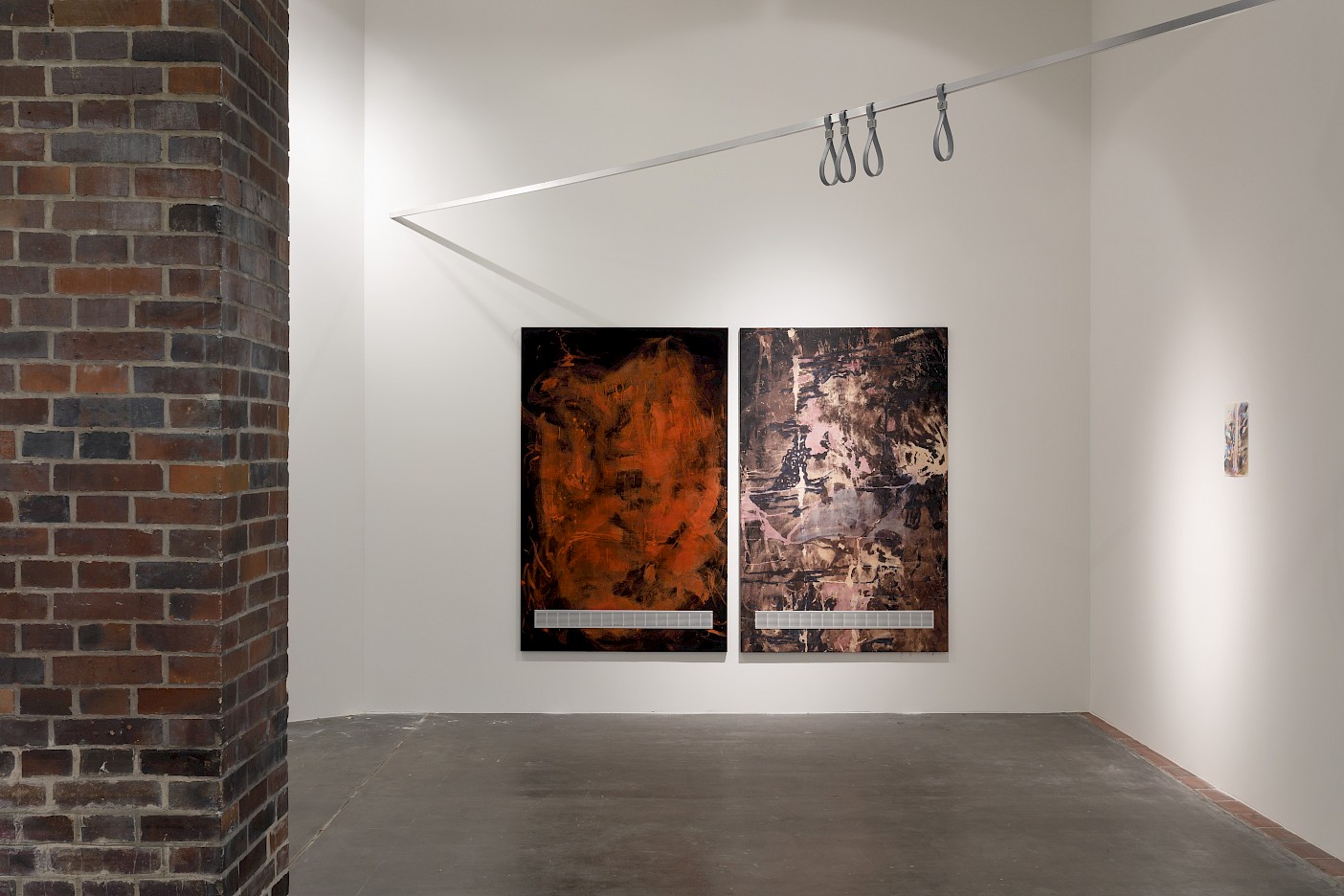 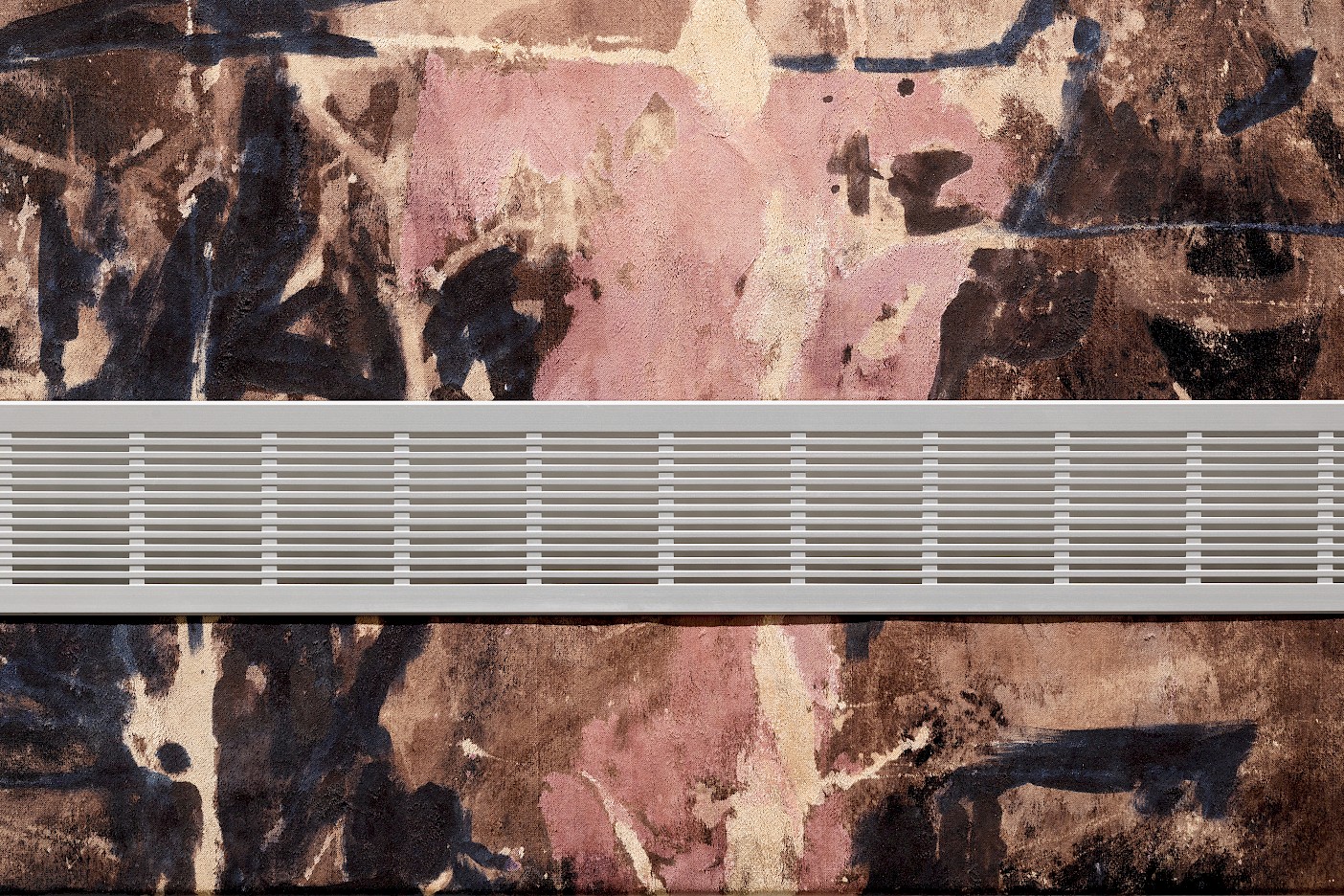