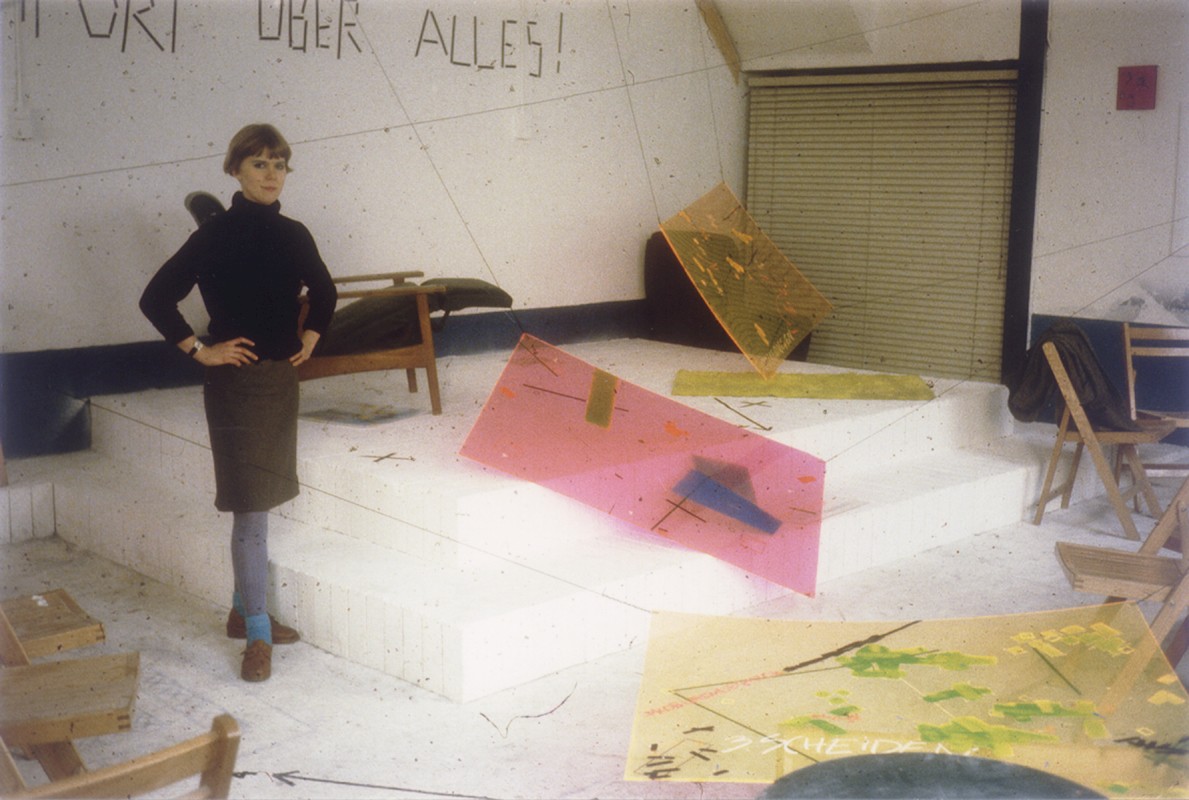 „In opposition to the arbitrary, which is the origin of every written and spoken language, I have placed the unspoken, the mystic. From dispair to ecstasy, that is what the mystic is about now. This is the all-devouring lust for life and love. Unification, not feeling separated from the rest. No ego, no boundaries. Creation becomes one with its creator. I call it the analogue. The analogue versus the arbitrary. The analogue is ritual, evil, mystery, desire, yearning, lust, while the digital is control, technology, sublimation, dependence, cleanliness, transparency. The analogue plus the digital is what humans are about: perspective.“

Anne-Mie Van Kerckhoven (*1951, Antwerpen/BE) lives and works in Antwerpen. Van Kerckhoven studied graphic design at the Fine Arts Academy in Antwerp and has been prolific in her output of drawings and other works on paper and synthetic material, as well as short videos, since the early eighties. A straightforward feminist tone pervades in all her works, in which the erotic meets machine-fetishism. Interior, if not domestic spaces often serve as settings for her drawings and collages, from which dream-like futuristic enactments between human and machine-like forms unfold. In the nineties, hand- made paper works gave way to computer graphics, while text has always featured alongside images, underlining the message of Van Kerckhoven's proud, sometimes exhibitionist female figures like song-lyrics. Music plays an important role in Van Kerckhkoven's creative production in parallel to her visual output, and she and Danny Devos have stood as a key pair of the Antwerp experimental music scene under the band name Club Moral (1981–now).