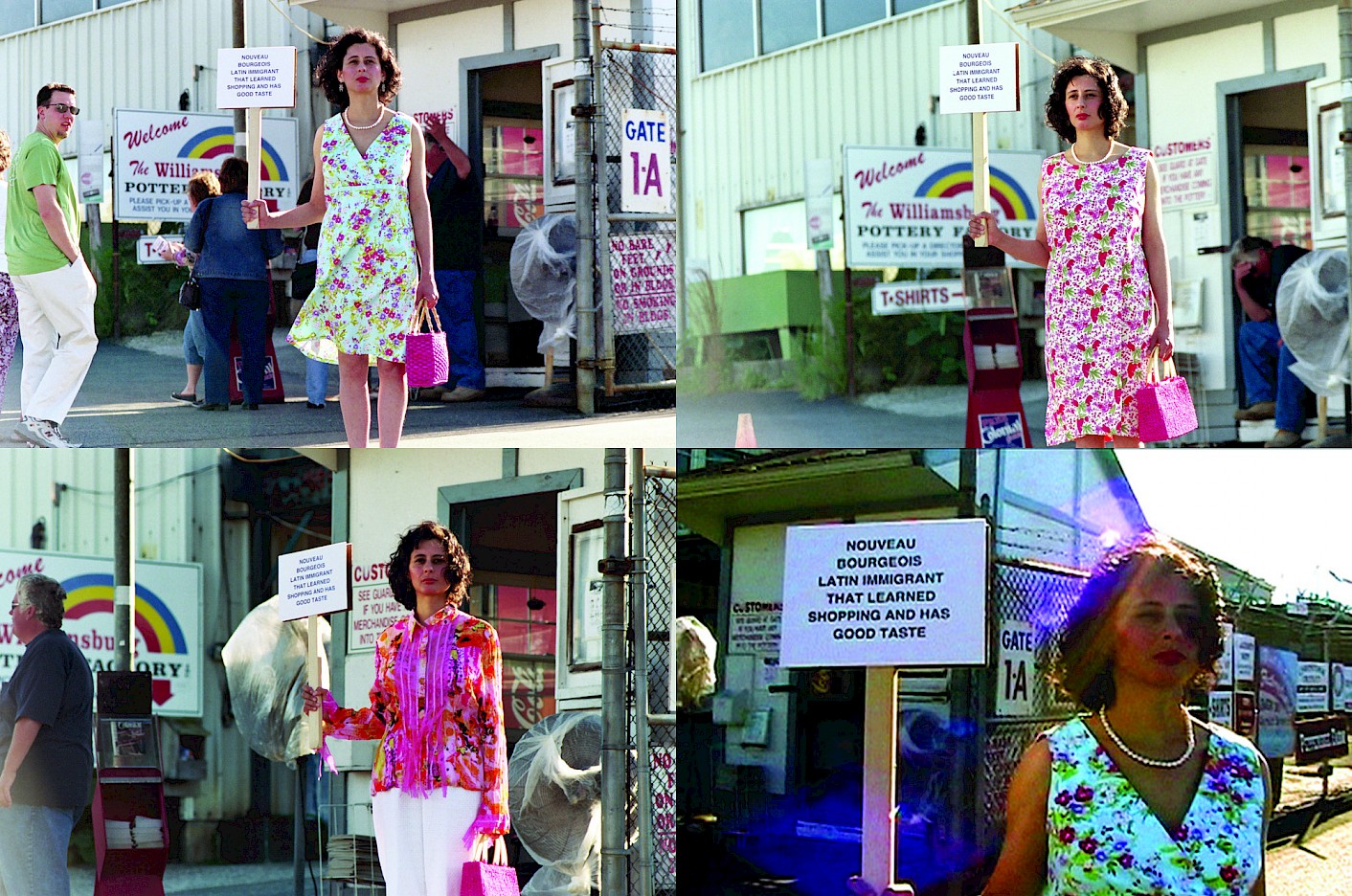 Elena Tejada-Herrera is a leading figure of feminist performance and video art that opened an area of ​​inquiry and action almost unexplored throughout the history of Peruvian performance: the assertion of the artist's body in its sexual, racial and social otherness or specificity as a vehicle to critically intervene in the public space and break the silence and fear imposed by the dictatorial regime in Peru in the late 90s. In 2001, awarded with a grant from the Virginia Common Wealth University, the artist moved to the United States. The immigration process profoundly affected her practice and led her to use performance as a solitary form of artistic and citizen affirmation. However, no efforts have been made to systematically read this new aspect of Tejada-Herrera’s work, leaving a void that is only now being filled by a renewed interest in her practice. For her presentation, curator Florencia Portocarrero will highlight the historical importance of Tejada-Herrera’s work; while analyzing group of performances made during her firsts years in the United States that function both, as an index and a subversion of immigrant subjects’ experiences in this country.

Florencia Portocarrero (Lima, 1981) is a researcher, writer and curator. She obtained her BA in Clinical Psychology at the Catholic University of Peru, where she also received her MA in Psychoanalytical Theory. During the 2012/2013 Portocarrero participated in de De Appel Curatorial Programme in Amsterdam and in 2015 she completed a MA in Contemporary Art Theory at Goldsmiths Universit in London, where she graduated with honors. Portocarrero regularly collaborates with contemporary art magazines, such as Artishock and Terremoto; and has contributed with her writings on art and culture in numerous publications. In Lima, she works as a Public Program Curator at Proyecto AMIL, and is a Co-Founder of Bisagra, one of the few independent art spaces in the city.

Florencia Portocarrero is the current grant holder of KfW Stiftung's program 'Curators in Residence: Curating Connections' in collaboration with the DAAD Artists-in-Berlin Program. The program provides emerging curators from Latin America, Africa, the Middle East and Asia with the opportunity to spend six months in Berlin. Besides encouraging research and critical reflection, it facilitates encounters between those working in arts and culture. The residency program seeks to stimulate intercultural dialogue in curatorial practice.