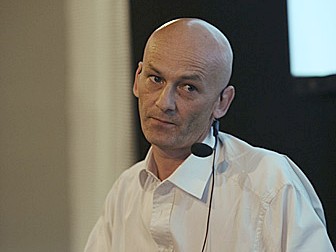 Image courtesy of University of Stuttgart

Johan Bettum: Grammar of the Ineffable. The Subject

The history of architecture appears largely as the history of form: Decorated and non-decorated form, the form of decoration itself, tectonic form - to mention just some of its historical variants. And of recently there has emerged a renewed interest in architectural form predicated by a philosophical enquiry into the status of the object. In extension of so-called “object oriented ontology” or “speculative realism,” architecture entertains an interest in “weird” realism and “strange” objects, which soon also includes “strange” forms.
However, any version of architectural form is only one part of the story; its assumed converse, space, being the other. While contemplating or entering architectural form, we occupy space. Yet, its nature remains as evasive as it was when our contemporary notion of space first emerged in architectural theory at the end of the nineteenth century.

This lecture traces our architectural notion of space back to this origin, in the process contextualising it relative to the problem of form and - indirectly - formalism in architectural design. It positions our idea of space in a copious context, so fully saturated with information and matter that the design space, the space in which we work, is full to overflowing with input, opportunities but also responsibilities. This saturated space is at once both a material and immaterial phenomenon.

The lecture pursues - perhaps in vain - a hidden structure underlying our experience of spatial constructs. It does so by briefly discussing three art works and a few architectural projects to suggest that architecture may be understood in a choreographic sense. That is, by spatially situating a double subject - that is, the architect designer as well as the experiencing subject - relative to architectural form, architecture emerges as, to paraphrase the dancer and choreographer William Forsythe, ‘a choreographic object.’ In consequence, aiming to loosely define a spatial paradigm based on the notion of choreography in saturated space, the subject appears compelled to move and be moved in space, as if caught in a dense meshwork of information and matter, of input and output.

Johan Bettum is a professor of architecture and the program director of the Städelschule Architecture Class.