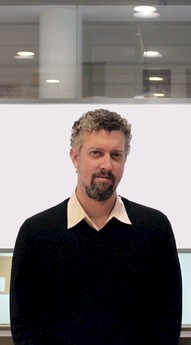 One of the responsibilities of the discipline of architecture concerns the aesthetics of the background of reality. Architecture designs the objects and atmospheres that we typically engaged habitually in a state of distraction. This background of the everyday is typically what an architecture of novelty seeks to destroy through the introduction of a strong formal difference between the new and old. But, what if the more political position was to estrange the background. Such a project would require a different aesthetic focus, less attuned to a "close reading" than to thresholds of interest that spark "close attention". In this lecture, historical examples in art, architecture, and cinema will be discussed in relation to the recent work of his architectural practice.

Michael Young is an architect and educator practicing in New York City where he is a founding partner of the architectural design studio Young & Ayata. Young & Ayata were awarded a Design Vanguard Award from Architectural Record for 2016. In 2015 they received a first place prize to design the new Bauhaus Museum in Dessau, Germany. In 2014 they received the Young Architects Prize from the Architectural League of New York, and were finalists for the MoMA Young Architects Program at the Istanbul Modern.
Michael is currently an Assistant Professor at the Cooper Union. In the Fall of 2016 he was the Louis I. Kahn Visiting Assistant Professor at Yale University. He has previously taught design studios and seminars at Princeton, SCI-Arc, Yale, Columbia, Syracuse, Pratt, Cornell and Innsbruck University. His work has been exhibited recently in New York, Los Angeles, Rotterdam, Istanbul, Milan, Chicago, Barcelona, and Princeton. Michael received his Master's Degree from Princeton University and a Bachelor of Architecture from Cal Poly San Luis Obispo.