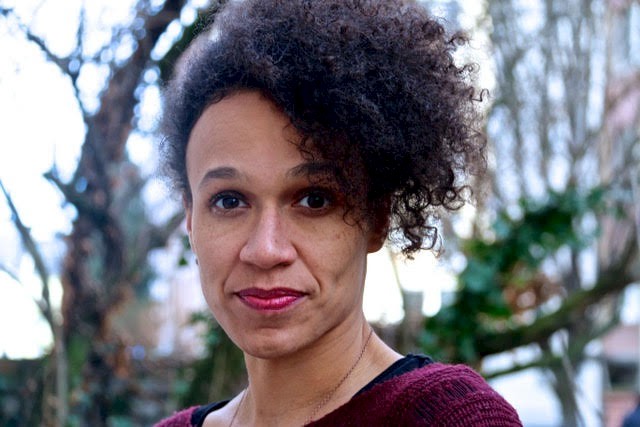 Vanessa E. Thompson: The Policed of the Earth. On Conditions of Un-Breathing and the Possibilities of Abolitionist Futures

Intensive policing, the expansion of the carceral condition and mass criminalization are some of the most flagrant expressions of the current phase of gendered racial capitalism. Racialized and postcolonial subjects and communities are rendered particularly vulnerable to modalities of state sanctioned violence through the regulation and illegalization of migration, anti-terror legislation and the war on crime and poverty. Departing from current debates on racial profiling and racist policing in European contexts, my talk explores the coloniality of (modern) policing as the condition of un-breathing. Applying a postcolonial and black feminist framework to historical as well as current trends of policing, the feminization of punishment, and their global travels, I interrogate spectacularized, representational and mundane registers of structural, slow and silent violence with a particular focus on Black lives - from the transnational to the translocal, from the prison cell to the urban or domestic space, from the land to the shores and the sea. I engage with black radical thought and practice, and draw on my current collaborative research project with policed communities in European contexts, in order to show how the metaphor and materiality of un-breathing haunts postcolonial gendered subjects through registers of violence enacted by policing as an institutional and social practice. Discussing multiple modalities of un-breathing – the continuity of being on the run, the chokehold, and the absorption of black breath – I show how this condition extends time and space. To this end, I show that a deep engagement with this condition unravels the necropolitics that are inscribed in the measures of security and the law more general. Finally, I turn towards the creative archives of fugitivity and fugitive commons, practices of decolonial ethics and care, and will discuss possibilities and horizons of abolitionist present-futures.

Vanessa E. Thompson is a postdoctoral researcher and lecturer at the Institute of Sociology at Goethe-University Frankfurt. She was previously a fellow at the Department of Black Studies at the University of California, Santa Barbara. Her research and teaching are focused on black studies, critical race and racism studies, post- and decolonial feminist theories and methodologies, gender and queer studies, and social movement theories.