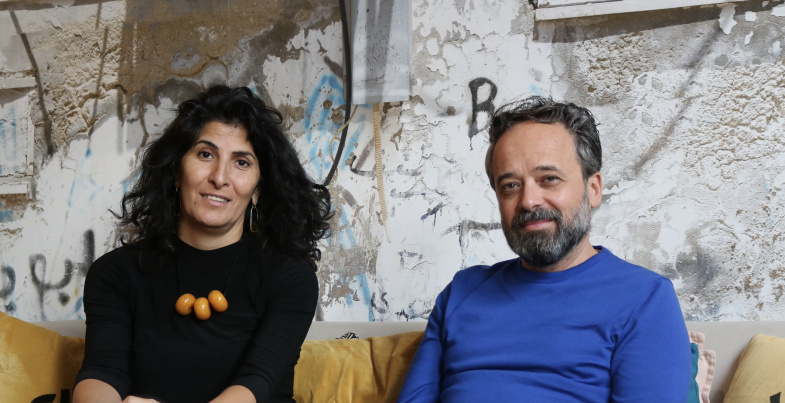 Do refugee camps have a history? Is the camp just a site of misery or does it produce values that need to be acknowledged and protected? What is going to happen to the camp if Dheisheh refugee camp in Palestine is recognized as a World Heritage site? And how should the concept of heritage change in order to acknowledge the camp’s condition?

Refugee Heritage nomination-dossier attempts to deactivate the claims of objectivity and universalism contained in the conventions followed by UNESCO in determining World Heritage status; it presents different narratives that do not fit within such statist discourse, reorienting heritage towards non-hegemonic forms of life and collective memory. By reusing, misusing and redirecting UNESCO World Heritage guidelines and criteria, Refugee Heritage challenges definitions of heritage and their colonial foundations, asking instead how architecture is mobilized as an agent of political transformation.

The artistic practice of DAAR – Sandi Hilal and Alessandro Petti – is situated between architecture, art, pedagogy and politics. Over the last two decades, they have developed a series of research- projects that are both theoretically ambitious and practically engaged in the struggle for justice and equality. In their artistic research practice, art exhibitions are both sites of display and sites of action that spill over into other contexts: built architectural structures, the shaping of critical learning environments, interventions that challenge dominant collective narratives, the production of new political imaginations, the formation of civic spaces and the re-definition of concepts.