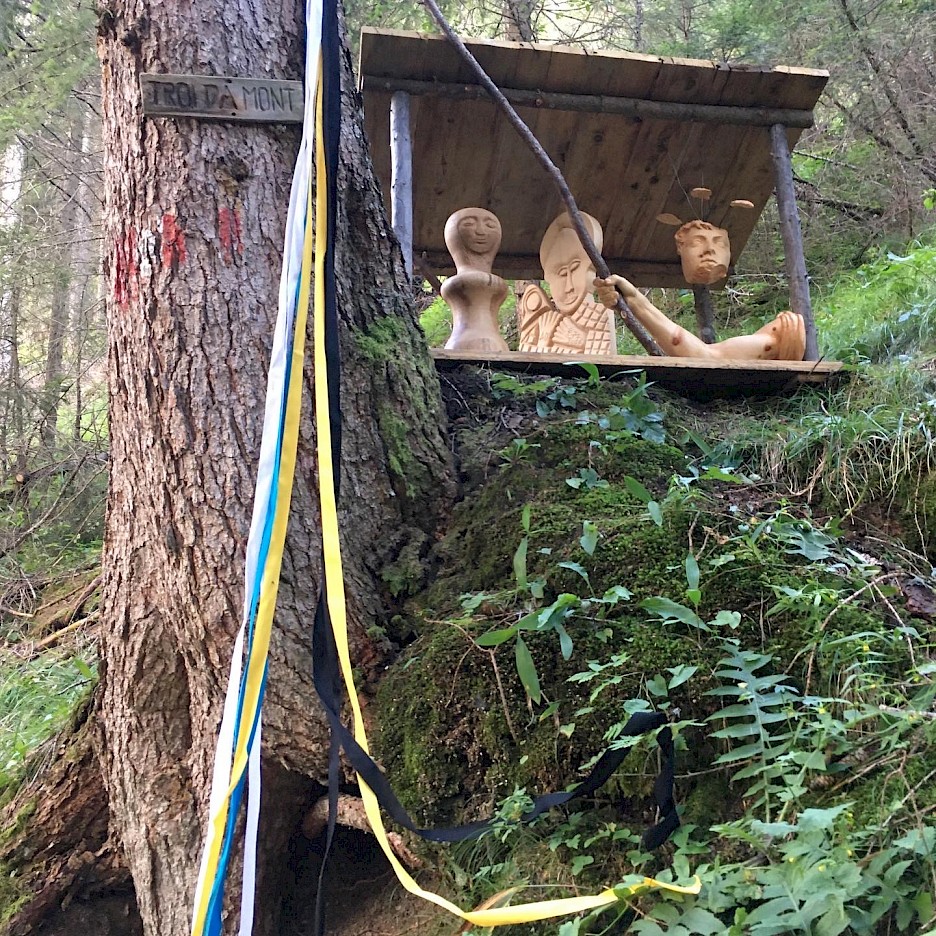 In this lecture, Antje Majewski talks about a selection of her recent artistic projects, which center around the relationships between trees and people.
The film Trees and People focuses on majestic ficus trees in South China and the villagers living nearby, who believe that these trees can offer them protection, but also on their economic reality in which they rely on working with imported wood. The exhibition The Forest (2019) brought together large-scale paintings of bark beetle tunnels, Majewski’s great-greatgrandfathers research around bark-beetles and videos about German forests in the stress of climate change. The exhibition spans 200 years of (scientific) reflection about forestry and asks us to think in the timeframe of the life-span of trees, rather than human beings. Two more collaborative projects will be introduced: The ongoing Apple. An Introduction. Over and over and once again (with Pawel Freisler and others), that combines an art exhibition with pedagogic and activist activities and Sculpture Forest Sanctuary, realized for the first time for Biennale Gherdëina (2020) in the Dolomite alps.

Antje Majewski (b. 1968 Marl, Westphalia) is an artist whose practice can include paintings, videos, texts and performances. Her most recent works deal with objects, territories and plants, with the interconnection of geobotanical and cultural migration and the possibility of transformative processes. Majewski often collaborates with other artists as well as ecological and urban groups. She studied art history, history and philosophy in Cologne, Berlin and Florence. Since 2011 she has been a professor of painting at the Muthesius Kunsthochschule in Kiel. Works by Antje Majewski have been shown in numerous international exhibitions, including: Kestner Gesellschaft, Hannover, GfZK Leipzig (2020); Kunsthaus Graz, Gropius Bau, Berlin (2019); Hamburger Bahnhof – Museum für Gegenwart, Berlin (2018); CCA Tel Aviv (2016); Center for Contemporary Art Ujazdowski Castle, Warsaw (2016); Museum Abteiberg, Möchengladbach (2015); Muzeum Sztuki, Lodz (2014); Deutsche Bank Kunsthalle, Berlin (2013); Frankfurter Kunstverein, Frankfurt am Main (2013); Heidelberger Kunstverein, Heidelberg (2013); Weltkulturen Museum, Frankfurt am Main (2012); Kunsthaus Graz, Graz (2011) and Salzburger Kunstverein, Salzburg (2008).