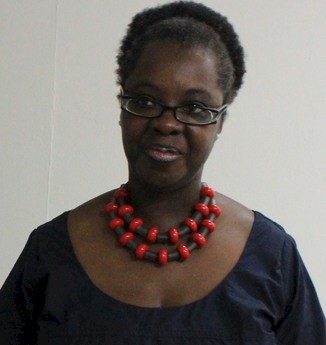 Bisi Silva is an independent curator and the founder/director of Centre for Contemporary Art, Lagos (CCA, Lagos) which opened in December 2007. She was recently appointed as the Artistic Director of the 10th Bamako Encounters: African Biennale of Photography taking place in Nov/Dec 2015.

Silva co-curated The Progress of Love, a transcontinental collaboration across three venues in Nigeria and America. (Oct 2012 - Jan 2013). She was co-curator of J.D. ‘Okhai Ojeikere: Moments of Beauty, Kiasma, Helsinki (April - Nov 2011). She was co-curator for the 2nd Thessaloniki Biennale of Contemporary Art, Greece, ‘Praxis: Art in Times of Uncertainty’ September 2009. In 2006 Silva was one of the curators for the Dakar Biennale in Senegal. Bisi Silva has participated in several international conferences and symposia and written essays for many publications as well as for international art magazines and journals such as Artforum, Third Text, The Exhibitionist, and is on the editorial board of Art South Africa, N.Paradoxa. She is guest editor for Manifesta Journal: Around Curatorial Practices No17 (Sept 2013). She was a member of the international jury for the 55th Venice Biennale (June 2013). She has been the recipient of several prestigious international fellowships and residencies including Clark/Mellon Curatorial Fellowship at Clark Art Institute, MA, 2011, the Rockefeller Foundation Bellagio Scholars’ Residency Programme, Italy in July 2012 and at Sacatar Institute, Bahia, Brazil, (July –Sept 2013).

The talk will be about Silvas curatorial work and specifically the way in which she tries to respond through CCA Lagos to the challenge of curating in a content in which infrastructure deficits - physical and discursive - exists. She will talk about the importance of creating local content that resonates globally. Her talk will highlight a flagship programme of CCA, Lagos, Asiko an innovative  programme that is part art academy, part art laboratory and part art residency and its impact on curatorial and educational development across the continent.