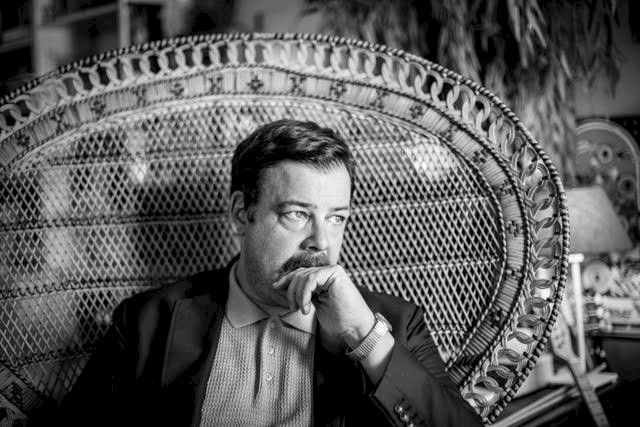 Carsten Meyer will look back at his life and adventures as a musician; from being the one-man show behind EROBIQUE to joining the band International Pony; from composing music for film, theatre and television and improvising performances of all kinds.

Since 1997, Carsten Meyer has under the moniker EROBIQUE made young people move to rampant dance fétes with his improvised and unconventional disco music. He formed in 2000 the electronic trio International Pony together with DJ Koze and Comic DJ. Parallel to all this, Carsten Meyer has worked as a theatre composer and musician. This endeavour began in 2001 after working with Schorsch Kamerun at the Schauspielhaus Zürich on the production of The Digital Vikings, and this has continued with Studio Braun, Stefan Pucher and Herbert Fritsch. For Haus der Kunst under the direction of Chris Dercon, Meyer produced "Suite for Gilbert & George," that musically accompanied the large retrospective of the British artist duo. He was commissioned by the pseudo-anarchy collective Studio Braun to compose and produce the music for the now legendary mockumentary Fraktus (2009). That same year, he collaborated with director Arne Feldhusen for his award-winning TV-series Der Tatortreiniger, writing the theme song as well as imprinting each episode with its own musical stamp. Today, Meyer lives in Eimsbüttel close to Hamburg.