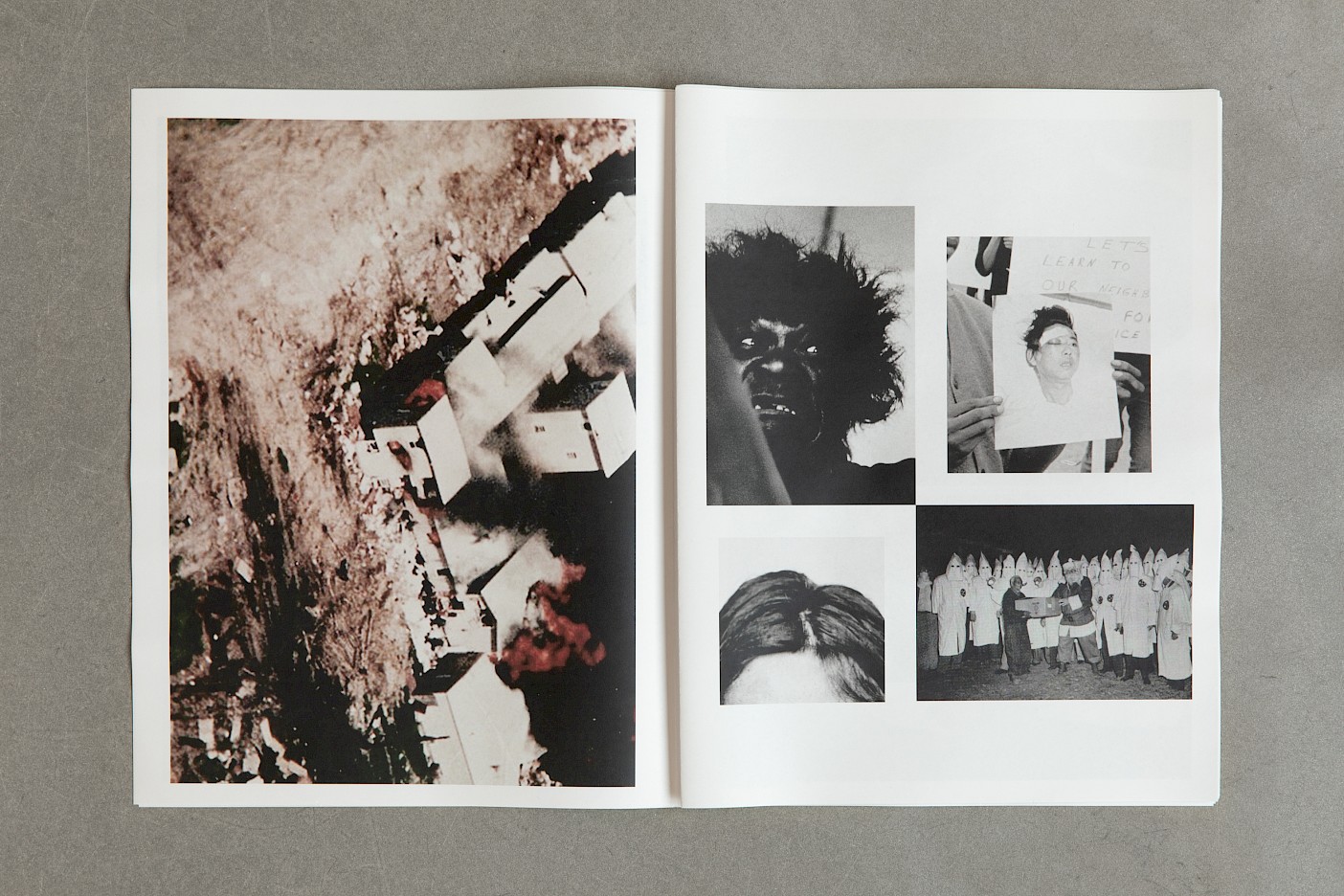 Frida Orupabo: the mouth and the truth

Frida Orupabo’s practice consists of collecting images from the media and her personal life, which she archives on Instagram (@nemiepeba), amongst others, and transforms into analog collages. In her virtually accessible archive, appropriated images of colonial violence, film sequences from Afro-American media, music videos, art, and images from Orupabo’s personal photo archive all collide, blending her private sphere with the political and public spheres and allowing a distinctively subjective perspective to emerge. These images from the archive pose the pressing question of how to deal with the danger of aestheticizing pain and torture, thus channeling an emancipation though the gaze, which is especially present in Frida Orupabos collages.

Frida Orupabo was born in 1986 in Sarpsborg, Norway, and lives and works in Oslo. In addition to her artistic practice she has also trained as a sociologist. In 2019 she presented her first institutional solo exhibition at Kunstnernes Hus in Oslo. In 2018, she presented solo exhibitions at Gavin Brown’s Enterprise in New York, and Galerie Nordenhake in Stockholm. Frida Orupabo also regularly collaborates with Arthur Jafa, with whom she has exhibited at the Serpentine Galleries (2017), Julia Stoschek Collection (2018), Galerie Rudolfinum (2019), and Moderna Museet (2019).