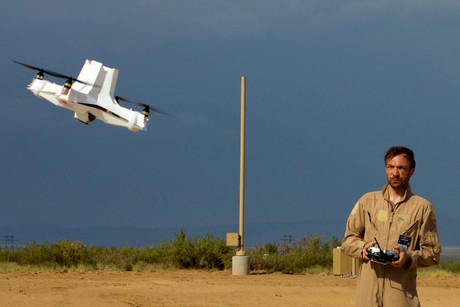 Digital technologies are radically reshaping our perception and occupation of cities. Join speculative architect Liam Young and an all-seeing smart city operating system as they take a tour in a driverless taxi through a network of software systems, autonomous infrastructures, ghost architectures, anomalies, glitches, and sprites, searching for the wilds beyond the machine. The talk will be an audio-visual expedition to a city found somewhere between the present and the predicted, the real and the imagined, stitched together from fragments of real landscapes and designed urban fictions.

Liam Young is a speculative architect who operates in the spaces between design, fiction and futures. He is cofounder of Tomorrows Thoughts Today, an urban futures think tank, exploring the local and global implications of new technologies and Unknown Fields, a nomadic research studio that travels on expeditions to chronicle these emerging conditions as they occur on the ground. He has been acclaimed in both mainstream and architectural media, including the BBC, NBC, Wired, Guardian, Time, and Dazed and Confused, is producer of a BAFTA nominated film and his work has been collected by institutions such as the Metropolitan Museum of Art and the Victoria and Albert Museum. He has taught internationally at the Architectural Association, Princeton University and now runs an MA in Fiction and Entertainment at SciArc. Liam's narrative approach sits between documentary and fiction as he focuses on projects that aim to reveal the invisible connections and systems that make the modern world work.

Liam Young is also going to be part of a conversation on VIRTUAL REALITY – SUBJECT, IMAGE, SPACE hosted by SAC at the NODE17 festival on July 1, 2017 from 11:30 - 17:30. The conversation will address the role of VR for artistic and architectural practice and Liam Young will contribute to the discussion based on his ground-breaking experimentation with new technologies as cinematic tools for a narrative approach to architecture.
For more information: nodeforum.org