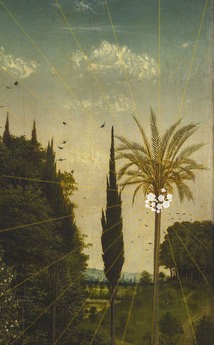 In this talk, Neal White will outline how the late British conceptual artist John Latham (1922-2006) viewed his art in relation to concepts of time, which were in turn applied to the incidental practice of the Artist Placement Group (APG - 1966-89). As White will discuss, to Latham’s frustration, many of the ideas that underline critical processes at play in his work and his concepts were never fully explored or understood beyond this context. In this talk, White discusses the issues that continue to haunt his ideas as well as the role that Latham played personally in the development of Whites own work, in which art can be seen as an epistemic thing or event. In this respect, the work of the individual artists is linked to collaborative, collective and critical practices; and in particular a range of instituent forms which are deconstructing territories and borders associated with knowledge and art.

Neal White is an artist who leads the contemporary art and research group, the Office of Experiments. In this capacity, he has undertaken commissions in Washington DC and Germany, research at the Centre for Land Use Interpretation, USA and with Arts Catalyst, UK. In addition, he has collaborated with artists and writers, academics and architects, from N55 (DK) to John Latham (UK). He recently co-curated Dark Places at John Hansard Gallery (UK) and has exhibited Internationally at Apexart - New York, Chelsea Space - London (2010), Casino Foundation for Contemporary Art - Luxembourg (2008), Barbican Gallery - London (2005), Natural History Museum, - London (2003) and Moderna Museet - Stockholm (1998). He was a founder of art and technology group Soda (1997-02), and a Director of O+I, from 2007-9 (formerly Artist Placement Group). He is currently Professor of Media Arts Practice, The Media School, Bournemouth University.

Following the lecture, there will be a "Skoob Performance" happening in the courtyard, an experiment in relation to the exhibition God is Great (10-19) – John Latham and Neal White at Portikus in Frankfurt. The performances, which were originally titled Skoob Tower Ceremonies and performed by John Latham, either in person or under instruction, were slow burnings of book towers constructed with volumes of the Encyclopedia Britannica, which Latham initiated throughout his life at different intervals and in different sites, from the 1960s onwards.