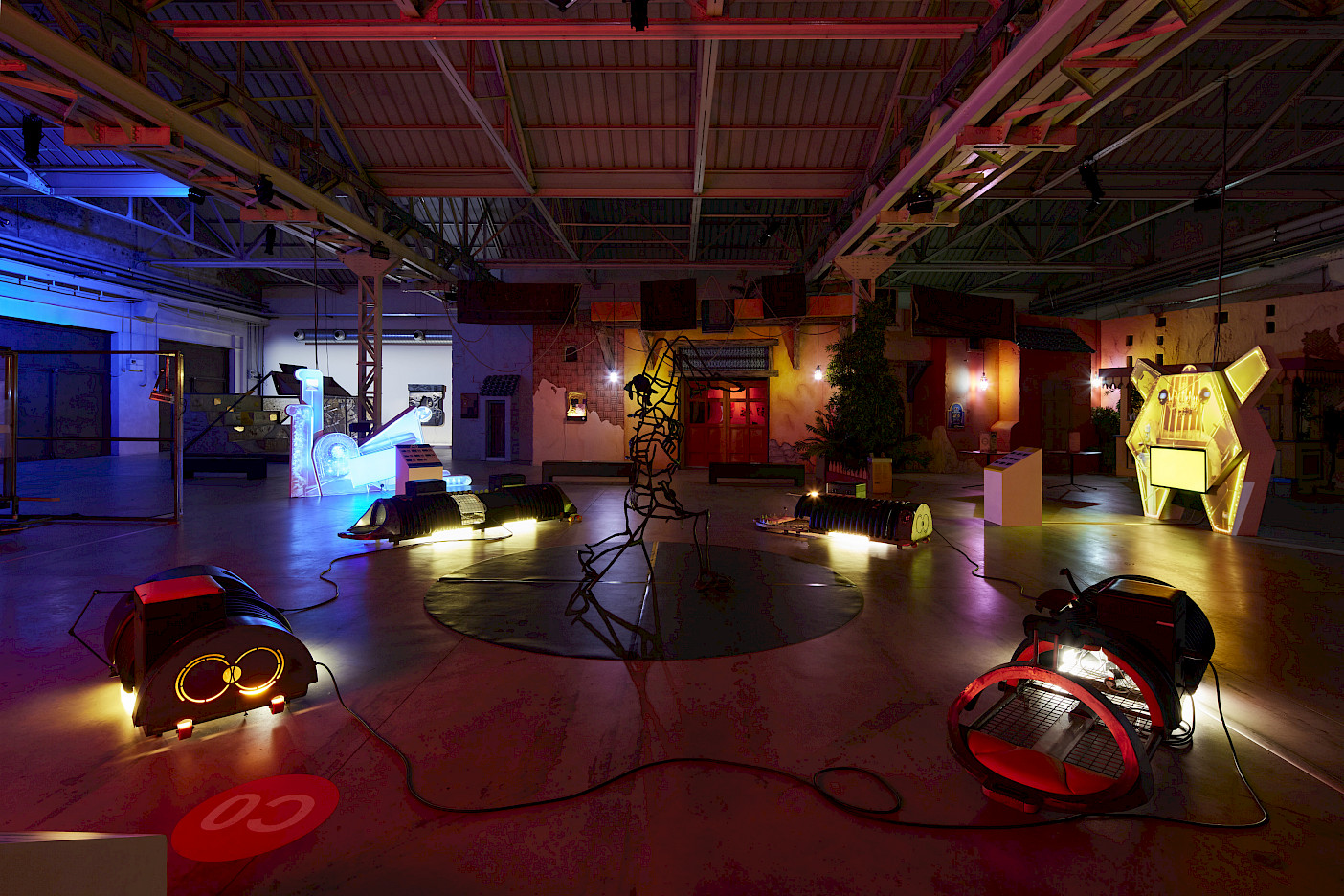 Neïl Beloufa’s artistic research focuses on contemporary society and on how it is represented and mediated by digital interaction, often with the aim of exposing the control mechanisms. In his videos, feature films, sculptures, and technologically complex installations, Beloufa plays on the viewer’s sensory experience, inviting them to reappraise their own beliefs and stereotypes. He addresses present-day issues that range from power relationships to digital surveillance, to data collection and nationalistic ideologies, to identity and a post-colonial understanding of the world. Neïl Beloufa’s work is strongly influenced by the world of the web, by videogames, by reality-TV and political propaganda, using the vocabulary of the information age to lift the lid on the value system of a society permeated with digital technology, where everything, from food choices to human relationships is established on the basis of an algorithm.

Born in 1985 in Paris, Neïl Beloufa also lives and works there. He studied at the École Nationale Supérieure des Beaux-Arts, Paris; the École Nationale Supérieure des Arts Décoratifs, Paris; California Institute of the Arts, Valencia; Cooper Union, New York; and Le Fresnoy–Studio National des Arts Contemporain, Tourcoing.  The French-Algerian artist has spent the better part of the last decade thinking about what is at stake when one apprehends reality and its representation. His practice spans film, sculpture, and installation, and draws on his interest in what actually exists and how it is interpreted, a subject he explores without moral judgment, cultural cynicism or any kind of irony - though sometimes with humour. He was nominated for the Prix Marcel Duchamp in 2015, the Artes Mundi Prize, Cardiff, and Nam June Paik Prize, Essen, in 2016. He was awarded the Meurice Prize for Contemporary Art (2013), Audi Talent Awards (2011) and the Agnès B. Studio Collector Award (2010). His work has been the subject of monographic exhibitions in France and abroad, notably at K11, Shanghai (2016); Museum of Modern Art, New York (2016); Hangar Bicocca, Milan (2021); Schinkel Pavilion, Berlin (2015); Institute of Contemporary Arts, London (2014); Hammer Museum, Los Angeles (2013); Palais de Tokyo, Paris (2018), as well as the Schirn Kunsthalle, Frankfurt (2018).