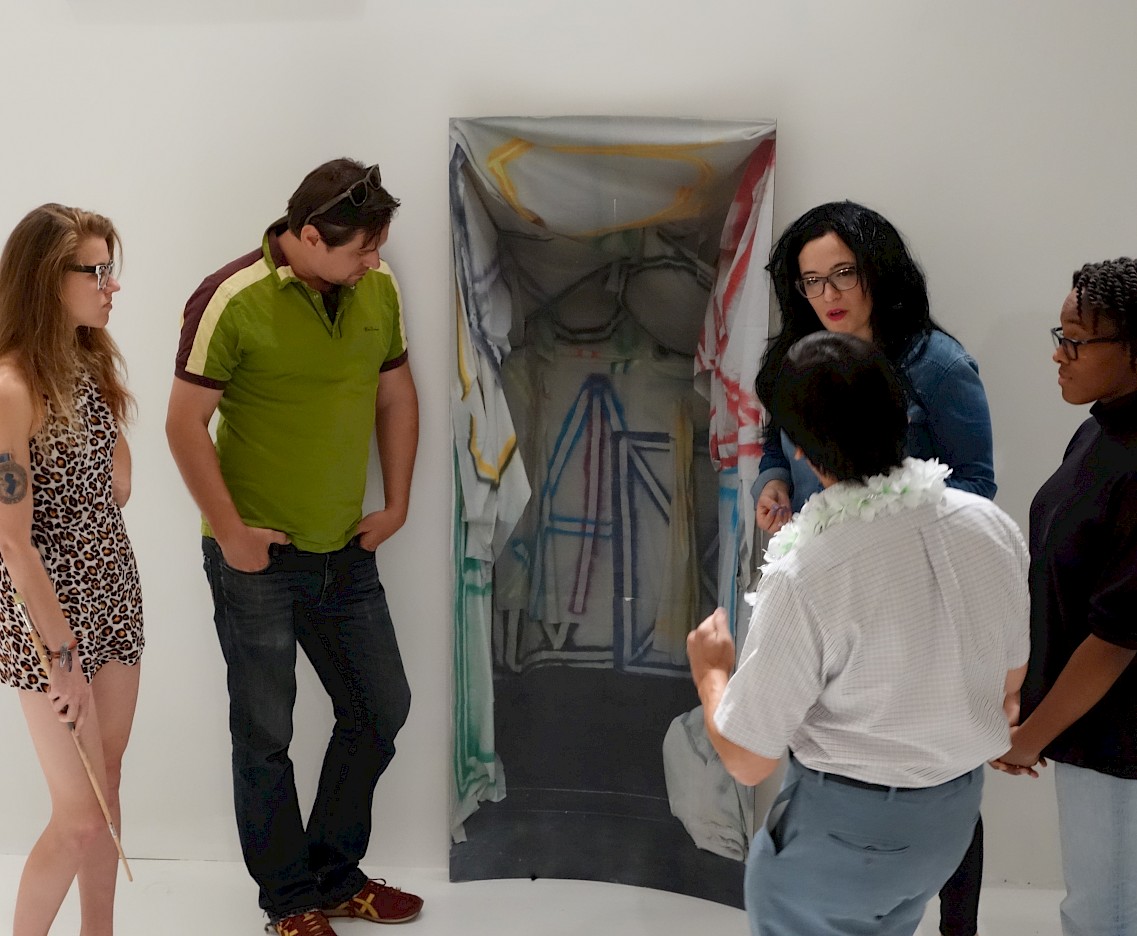 Nikolas Gambaroff: The paralyzing presence of other people; or how to live in a self-induced identity crisis.

Nikolas Gambaroff will talk about selected exhibitions throughout his practice. The idea is to look at patterns within the process of making rather than purely at specific objects, or at closed arrangements such as art shows. Considering this talk as a framing of processes and representations of objects, it should be understood as something akin to an act of memory. Speculating on what an art practice is or can be, hopefully touching it beyond the actual objects or exhibitions.

Nikolas Gambaroff was born in Germany in 1979, and currently lives and works in New York and Los Angeles. He studied at Humboldt University and the University of the Arts in Berlin and received an MFA from Bard College in New York in 2007. Even though mostly identifying as a painter, Gambaroff’s work has found form in an array of different media; from painting and sculpture, to video, performance and installation. Consistently playing with the expectations of the audience, the work oscillates between a modernist understanding of the artwork as autonomous object and its dissolution into a field of networked relations.