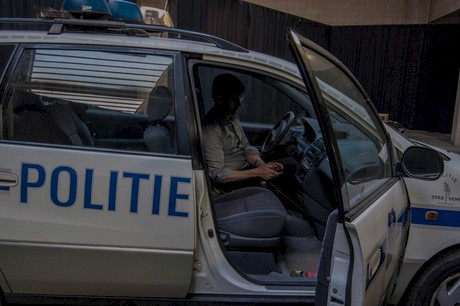 Paul Elliman *1961 lives and works in London. He will give an informal talk about recent and current work, and his interests in forms of processed language following the human voice, for example, through many of its social and technological guises, often imitating other languages and sounds of the city. As a commissioned artist for the New York biennial Performa 09 his project Sirens Taken for Wonders involved a series of siren-walks through the city on the hunt for emergency vehicle alerts. In 2012 a selection from his typographical archive of discarded letter-like machine parts and found objects was included in the exhibition ‘Ecstatic Alphabets/Heaps of Language’ curated by Laura Hoptman at New York's Museum of Modern Art. In 2013 he published Untitled (September Magazine), a 600 page glossy magazine using found images to explore connections between language and gesture.