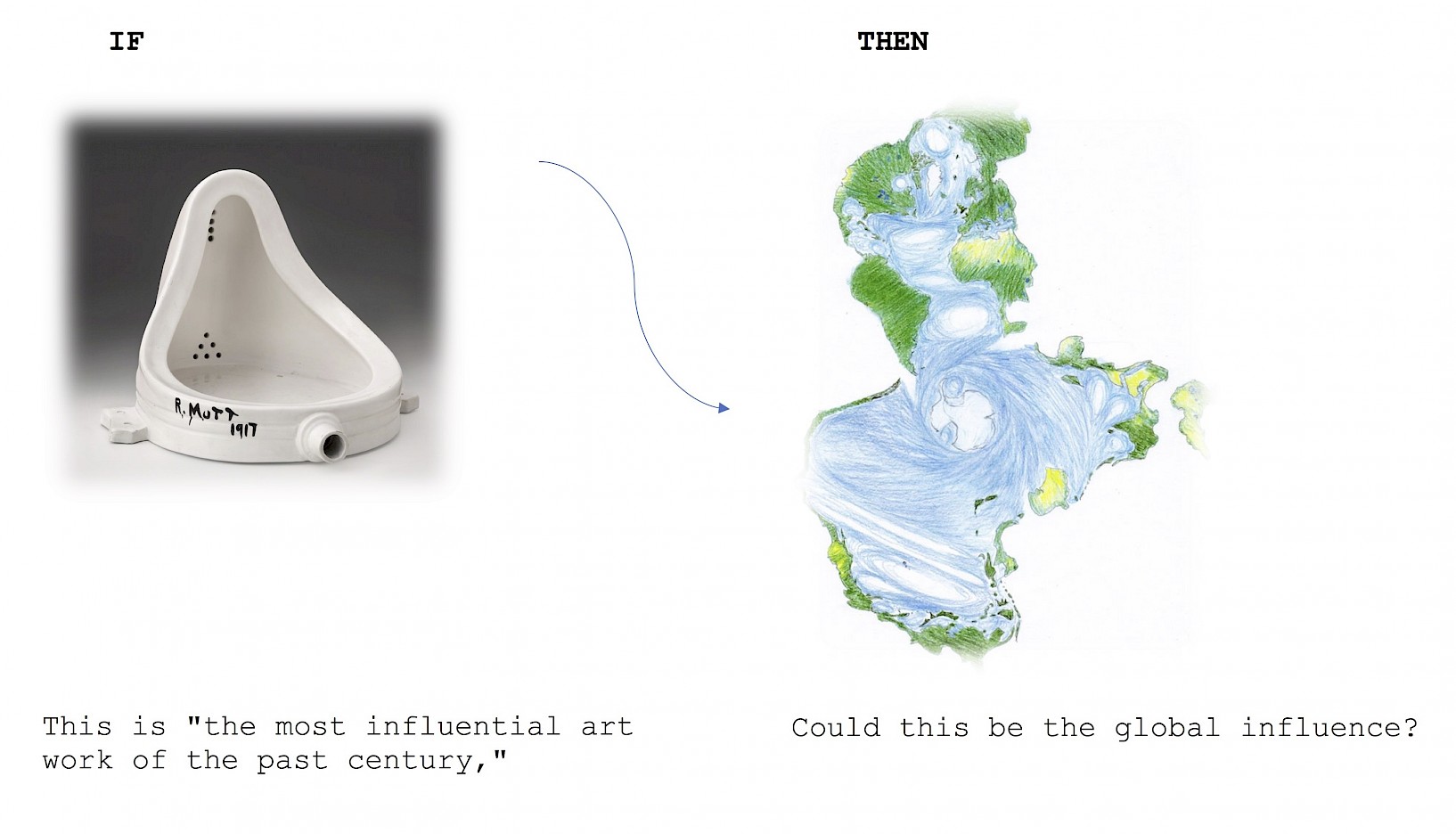 Peter Fend will explain to all the students that if they want to be international artists they should look first at their passport. They are regarded as employees of the issuing State by that State, albeit at the lowest conceivable payment. There is no choice on this.

Fend (*1950) is an American artist, who in 1980 founded Offices and the Ocean Earth Construction and Development Corporation together with Colen Fitzgibbon, Jenny Holzer, Peter Nadin, Richard Prince and Robin Winters, which was "a corporation invented for a group of artists.” In 1994, the organization changed its name to Ocean Earth Development Corporation (OCEAN EARTH). Among its commitments was the circulation of satellite data of various geopolitical hotspots, such as a toxic microalgae bloom in the North Sea and the site of the nuclear disaster in Chernobyl.