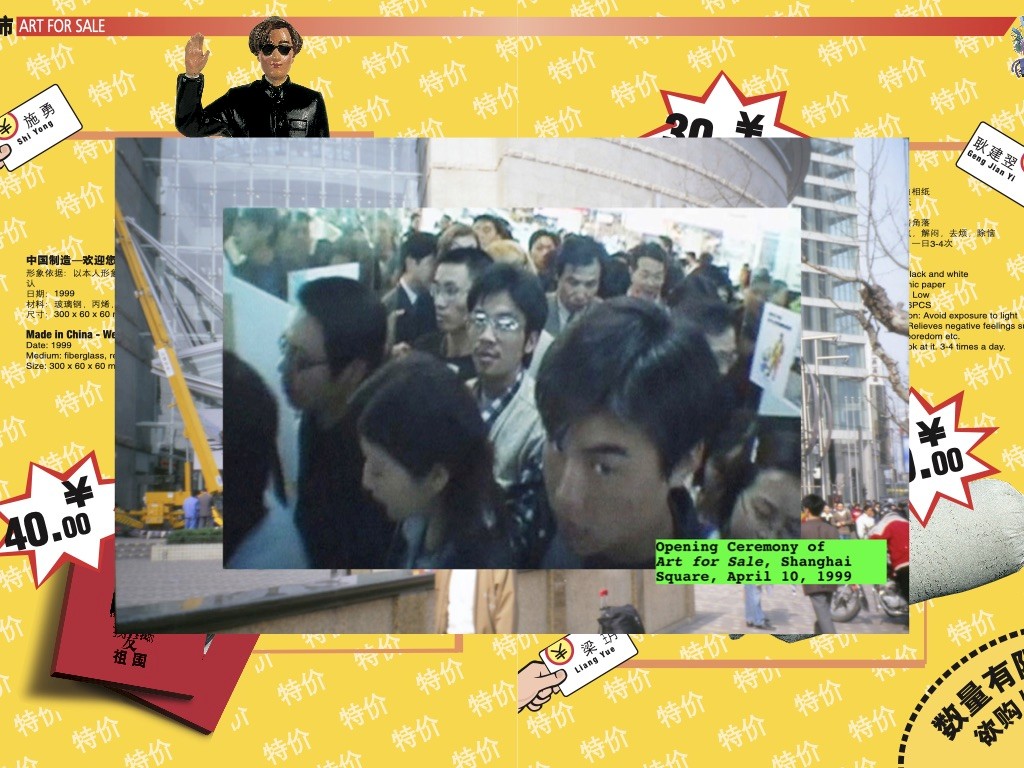 This lecture revisits the notorious artist-instigated exhibition Art for Sale (1999), which partially operated as a fully functioning 'art supermarket' inside a large shopping mall in China. This tumultuous event was one of the most important exhibitions that took place during the early development of Shanghai's experimental art-scene in the 1990s, a time when an initial influx of consumer capitalism was becoming a key mechanism of life in the city. In this lecture, X Zhu-Nowell will link Art for Sale with other examples of artists using buying and selling as an aesthetic strategy, such as Leben mit Pop by Konrad Lueg and Gerhard Richter (1963); David Hammons’ Bliz-aard Ball Sale (1983); Wu Shanzhuan’s Big Business (1989) and Devin Kenny’s Jumpman Freestyle by Drag Lomax (2015).

X Zhu-Nowell (they/them) is Assistant Curator at the Guggenheim in New York. They joined the museum in 2014 as part of the curatorial team for the survey exhibition Art and China after 1989: Theater of the World. Currently, they are working with artist Wu Tsang on a large-scale solo project commissioned for the Guggenheim’s rotunda. Zhu-Nowell is one of the founding curators of the Asian Art Circle, an acquisition group dedicated to diversifying the museum’s collection and programming through a concerted focus on emerging and established artists from Asia and Asian Diaspora. They also leads Frameworks, a curatorial working group that focuses on critically engaging with dominant notions of curatorial practice and discourse, underlying the importance of decoloniality and transfeminist thought. Prior to joining the Guggenheim Museum in 2014, they were part of the curatorial team for the 14th Istanbul Biennial SALTWATER: A Theory of Thought Forms. They hold a master’s degree from the Massachusetts Institute of Technology. Since 2018, X Zhu-Nowell has collaborated with Frederick Nowell as Passing Fancy, a curatorial and artistic research duo. Their most recent exhibition, More, More, More was on view from July 2020 through January 2021 at TANK, Shanghai.