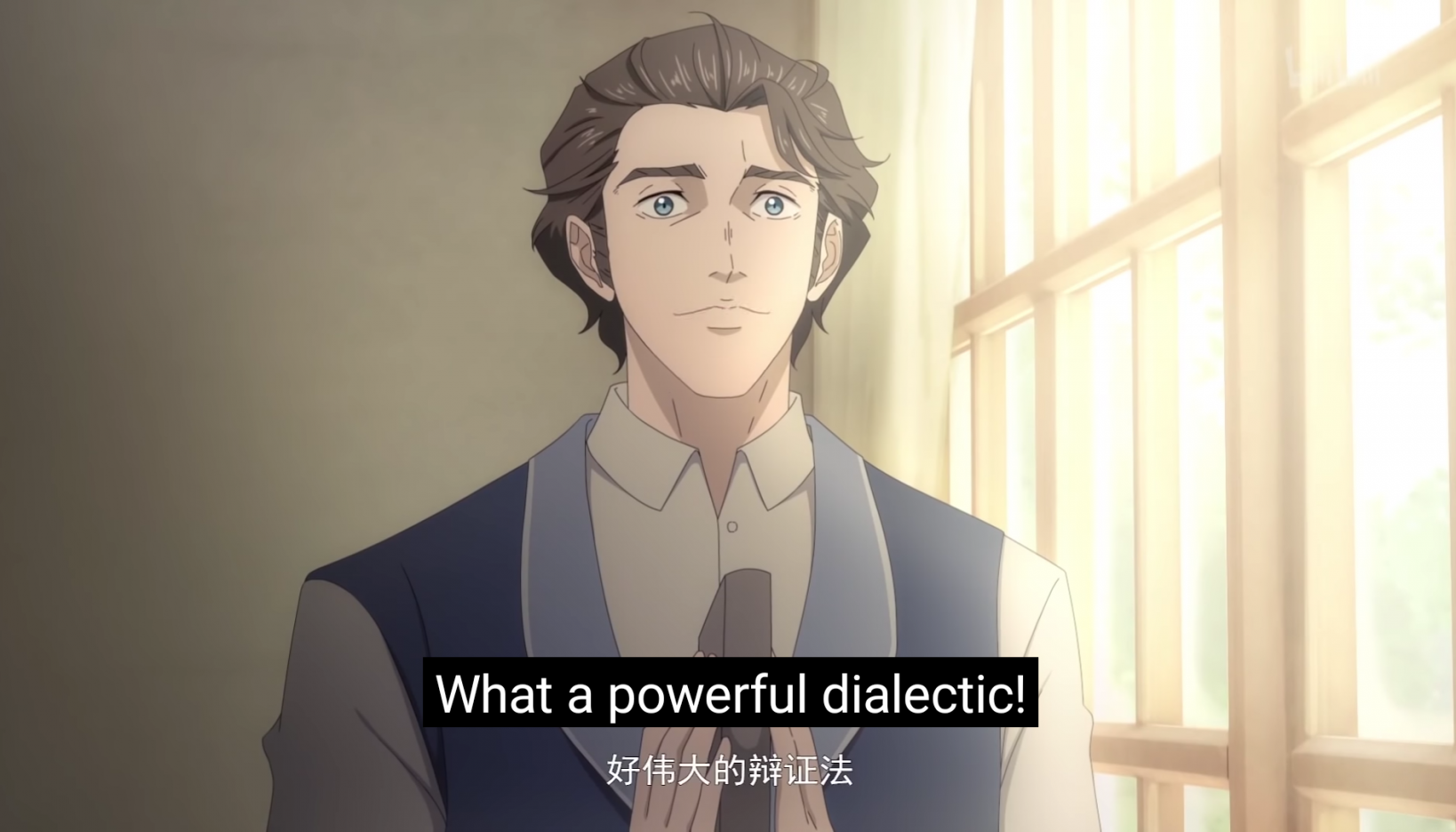 Screenshot featuring a young Karl Marx from The Leader, a state-produced Chinese anime series exploring the life and legacy of Marx, photo: Courtesy of the artist.

Xing Wang’s interest in engaging with Asian Futurism, a still emerging and undefined discourse, has primarily been guided by an impulse to expand and problematize—rather than define—its epistemology, politics and aesthetics. While this talk explores a discursive range of examples in speculative thinking, technocratic ideologies, Techno-Orientalism, as well as vernacular, subcultural and artistic practices by Asian and Asian diasporic creatives that both reflect and defy identitarian thinking, it also hopes to fundamentally and rigorously re-examine familiar historical and theoretical frameworks that can both inform and limit how we think about speculative futures. Unique dimensions such as post-Soviet sensibilities and hauntology and resurgence of Buddhist and other quasi-religious practice will also be discussed.

Xin Wang is an art historian and curator based in New York. Notable curatorial projects include Ink Art: Past as Present in Contemporary China, Metropolitan Museum of Art, New York (2013); Lu Yang: Arcade, the artist’s solo debut at Wallplay, New York (2014); The Bank Show: Vive le Capital and The Bank Show: Hito Steyerl, Bank, Shanghai (2015); chin(A)frica: an interface, The Duke House, New York (2017) and an upcoming exhibition exploring Asian Futurisms at the Museum of Chinese in America, New York. Her writing has appeared in E-flux journal, Artforum, Kaleidoscope, Hyperallergic and Leap. She has lectured widely at art institutions worldwide, most recently at the Para/Site International Conference, Hong Kong (2017); Conversations at Art Basel, Hong Kong (2018); Columbia University, New York (2018); Tranen Center for Contemporary Art, Copenhagen (2019); School of Visual Arts, New York (2019); Queens Museum, New York (2019); Taikang Art Space, Beijing (2019) and as the keynote speaker for the Asia/Technics conference at the School of the Art Institute of Chicago (2019). She also served on the jury for the Xitek New Talent Award, Beijing (2018) and the inaugural open call at The Shed, New York (2018). Currently pursuing a PhD in modern and contemporary art at Institute of Fine Arts, New York University, Wang also works as the Joan Tisch Teaching Fellow at the Whitney Museum of American Art and manages the discursive archive on Asian Futurisms.