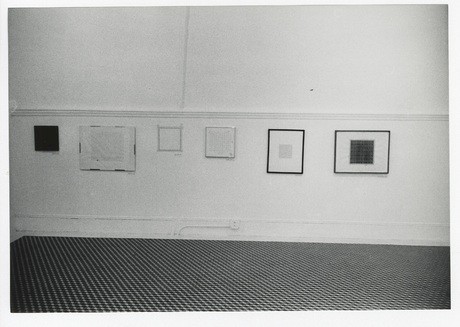 In the last few years we have heard a lot about “new normals” (often raised in regards to weather), normativities (typically used in regards to sexuality), and normalization (invoked most often in the sphere of politics). All of these terms are bound to a language of imposition, the setting of new standards to which we are asked to habituate ourselves, but the terms also have different valences and histories, which are worth pulling apart….

This talk will trace a history for the idea of normal art. Starting with Lucy Lippard’s 1968 declaration that conceptual art was part of a “trend back to ‘normalcy,’” the talk will consider the potential of conventional modes of practice for artistic production, especially in relation to theories that have depicted significant art as “cutting edge” and “avant-garde.” But in focusing on conceptualism, which posed a direct threat to many traditional ideas of the art object and its value, we will also see that the normal often resides in the places we least expect. The work of the Canadian collective General Idea (1969-1994) will serve as a case study for how a normal art might function in relation to wider cultural and political tendencies.

Alex Kitnick is Brant Foundation Fellow in Contemporary Arts at Bard College. He has contributed to publications including Artforum, May, October, and Texte zur Kunst.