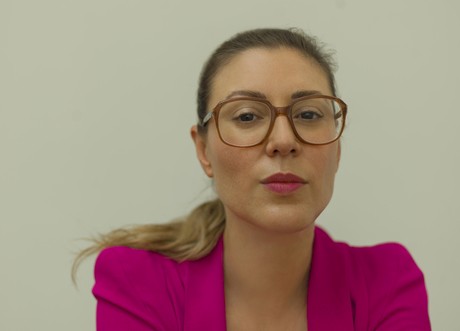 Elena Filipovic will be speaking on her recent book, The Apparently Marginal Activites of Marcel Duchamp. The book tells a new story of the twentieth century’s most influential artist, recounted not so much through his artwork as through his “non-art” work. Marcel Duchamp is largely understood in critical and popular discourse in terms of the objects he produced, whether readymade or meticulously fabricated. Elena Filipovic asks us instead to understand Duchamp’s art through activities not normally seen as artistic—from exhibition making and art dealing to administrating and publicizing. These were no occasional pursuits; Filipovic argues that for Duchamp, these fugitive tasks were a veritable lifework.

Filipovic has lead Kunsthalle Basel as its director and curator since November 2014. She previously served as senior curator of WIELS from 2009-2014, and co-curator of the 5th Berlin Biennial in 2008 with Adam Szymczyk. She has curated numerous solo exhibitions of emerging artists, including Petrit Halilaj, Ygnve Holen, Anne Imhof, Leigh Ledare, Andra Ursuta, and Anicka Yi in addition to organizing several traveling retrospectives, from Marcel Duchamp and Alina Szapocznikow to Mark Leckey and Anne Teresa De Keersmaeker. She is author of The Apparently Marginal Activities of Marcel Duchamp (MIT Press, 2016) and David Hammons, Bliz-aard Ball Sale (Afterall Books, 2017). Recently, she edited The Artist as Curator: An Anthology (Mousse Publications, 2017) and Felix Gonzalez-Torres: Specific Objects Without Specific Form (Konig Books, 2016).