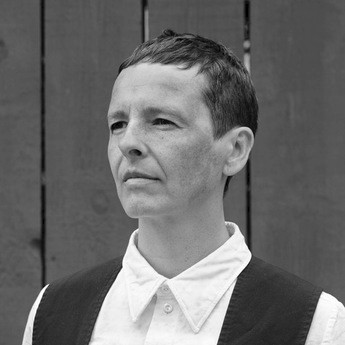 On the cover of Arch+ Journal of Architecture and Urbanism (volume 51, 2016), an image is featured of what appears to be a lumpen rock with grotto-like crevices, yet there is little indication of actual scale. The rock could be the size of a meteorite, or a piece of chewed up, spat out gum. Between 2009 and early 2011, at a women-only show called Elles at the Centre Pompidou in Paris, a small section of the exhibition was dedicated to female architects. In a glass vitrine clustered amidst the other exhibits, a model of ambiguous scale represented a sample of computationally generated architectures. It was composed of delicate, allusively biological curlicues set against a textured, arid ground. From 2005 onwards, coordinated as an astonishing matrix of connections around urgent matters of care pertaining to imperiled oceanic environments, a collective of 8000 people - mostly women - in 27 countries, began crocheting an enormous, distributed coral reef out of yarn, plastic and various discarded things. This globally distributed hand-crafted exercise is based on a geometric model of hyperbolic planes. While the three projects described above bear little resemblance to what we might conventionally identify as architecture, each one can be situated as a form of response to the ‘general crisis’ (environmental, economic, socio-political) of our contemporary posthuman condition.

Setting these three projects against the backdrop of what she calls "posthuman landscapes" and in relation to a conceptual account of things and thinkables, Frichot will ask what more could architecture potentially do to ameliorate our shared environment-worlds.

Hélène Frichot is an Associate Professor and Docent in Critical Studies in Architecture, School of Architecture and the Built Environment, KTH, Stockholm, where she is the director of Critical Studies in Architecture. Her research examines the transdisciplinary field between architecture and philosophy. While her first discipline is architecture, she holds a PhD in philosophy from the University of Sydney (2004). Recent publications include: Architecture and Feminisms: Ecologies, Economies, Technologies, co-edited with Catharina Gabrielsson and Helen Runting (Routledge, 2017 forthcoming); How to Make Yourself a Feminist Design Power Tool (AADR, 2016); Deleuze and the City, co-edited with Catharina Gabrielsson and Jonathan Metzger (EUP, 2016); De-Signing Design: Cartographies of Theory and Practice, co-edited with Elizabeth Grierson, Harriet Edquist (Lexington Books, 2015).