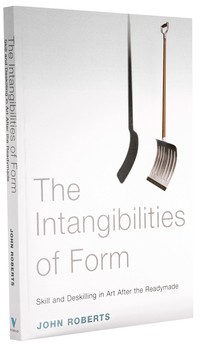 John Roberts: After the Crisis of Value: Some Further Reflections of the Problems.

John Roberts: After the Crisis of Value: Some Further Reflections of the Problems.
Deskilling and Reskilling in Contemporary Art
Mittwoch, 18. Januar 2017, 19 Uhr, Aula

The intellectual shift in the critique of political economy from questions of skill and deskilling within the framework of capitalist boom-and-bust, to more fundamental questions regarding time and value in relation to the growing crisis of labour defines our present period. And this is why the ‘end of work’ has become so crucial to recent radical political theory. Given the exponential rise of deskilling, the robotic displacement of living labour, and consequently, the detachment of unemployment and underemployment from so-called business cycles - the expansion of 'surplus populations' globally - the question of free labour has again become a political and emancipatory priority. (See for example the writings of André Gorz, End Notes, Nick Srnicek and Alex Williams, Peter Fleming).

Contemporary artists are no different from productive and nonproductive labourers in being subject to a process of deskilling, as a consequence of changes in the relations of production. But if art has lost some of its artisanal, productive allure over the last fifty years as a result of this, this does not mean that artists are objectively excluded from artistic production on the basis of these changes. Deskilling in art is never absolute, because artistic labour as free labour is detached from the discipline of labour-power. Art, therefore, still has an important part to play in defining what productive and non-productive labour might become after the 'end of work'.

In this lecture, John Roberts looks at how the future of the 'crisis of work‘ is currently intertwined with the emancipatory possibilities of artistic free labour.

John Roberts is Professor of Art and Aesthetics at the University of Wolverhampton. His books include The Art of Interruption: Realism, Photography and the Everyday, The Philistine Controversy (with Dave Beech), Philosophizing the Everyday, and The Necessity of Errors. He is also a contributor to Radical Philosophy, Oxford Art Journal, Historical Materialism, Third Text, and Cabinet magazine.