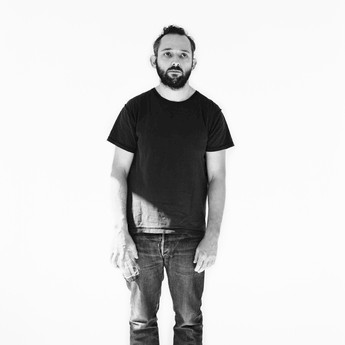 Artist Jonathan Berger's work centers on the practice of exhibition making, encompassing a spectrum of activity including sculpture, installation, performance, archival work, design, education, and the production of large-­scale collaborative projects. The content of his exhibitions range from work that he physically produces or asks others to produce for him, to materials that he collects, seeks out, and re­-contextualizes, or that are the product of conversations and exchanges with others. Berger's relationship to these exhibitions exists in a gray area that both incorporates and rejects the standard conventions attached to the role of artist, curator, producer, archivist, and historian. In his presentation he will focus on the ways in which the exhibition site can be repurposed, specifically highlighting work with artist archives and collaborative projects involving the popular and the obscure, the static display and the event, that which is widely acknowledged as art and that which is not.

Jonathan Berger recently completed a three-­year term as director at 80 WSE Gallery, New York. Recent projects include: Ellen Cantor: Are You Ready For Love?; The Magic Flute, in collaboration with Vaginal Davis, Susanne Sachsse, Xiu Xiu, Jesse Bransford, Jackie Shemesh, and Michel Auder; James Son Ford Thomas: The Devil and His Blues, in collaboration with Jessica Garcia and Marybeth Brown; New Sights, New Noise, in collaboration with Michael Stipe; Devotion: Excavating Bob Mizer, in collaboration with Billy Miller; and Learn to Read Art: A Surviving History of Printed Matter, in collaboration with Max Schumann, ­­all of which were presented at 80 WSE Gallery. In 2013, he presented On Creating Reality, by Andy Kaufman at Maccarone, New York, in addition to organizing Andy Kaufman's 99cent Tour, the first comprehensive screening series surveying Kaufman's performance work, presented at Participant Inc., New York. In 2009, Berger organized the exhibition Stuart Sherman: Nothing Up My Sleeve at Participant, Inc., which was included in the 2009 PERFORMA Biennial. Berger has presented solo installation projects at the Busan Biennial, South Korea; Frieze Projects, London; Vox Populi, Philadelphia; Adams and Ollman Gallery, Portland, Oregon, Andreas Grimm Gallery and Karma Gallery, New York. Recipient of a Pollock-­Krasner Foundation and Haven Foundation Grant, Berger received his BFA from California Institute of the Arts in 2002 and his MFA from New York University in 2006, where he is presently a Clinical Assistant Professor in the Department of Art and Art Professions.