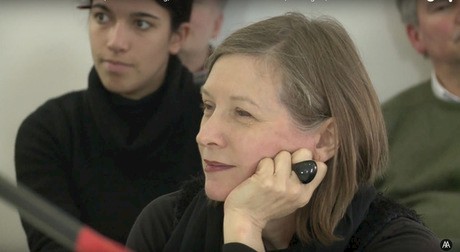 A different habit of mind about design and politics might begin with one simple observation. Culture is very good at pointing to things and calling their name, but not so good at describing the interactivity or chemistry between things. While designers are good at designing buildings, they might also design the medium in which those buildings are suspended. The extended repertoire offers additional aesthetic pleasures and political capacities that may elevate the status of spatial variables in culture.

In medium design, the logics and rules for addressing problems are turned upside down or inside out. With a focus on ground instead of figure or field instead of object, medium can’t really be assessed by a name, shape or outline but rather by what might be called disposition—latent properties that unfold over time and territory, propensities within a context or potentials in relative position. That disposition, that agency in arrangement, like an operating system or a growth medium, decides what will live or die. In this matrix of activity where it is easier to detect, discrepancy, latency, temperament and indeterminacy, right answers are less important than unfolding or branching sequences of response that are not reliant on discrete events or solutions.

Benefitting from an artistic curiosity about reagents and spatial mixtures or spatial wiring, medium design suggests different organs of design or different ways to register the design imagination. Beyond buildings, master plans, declarations, laws, or standards, it considers the political powers of multipliers, switches or time released organs of interplay like bargains, chain reactions, ratchets. These are forms that might inflect populations of objects or set up relative potentials within them.

Medium design is ever present in many disciplines. It learns from the work of Harold Innis as well as Marshall McLuhan when it gets related to mass communication. But it can also be akin to the non-modern thinking that according to Bruno Latour steps out of its hierarchies and ultimates into a “as vast as China, and as little known.” It is thus related to the focus on disposition/dispositif /disposition that fascinates Michele Foucault, Giorgio Agamben, or Gilbert Ryle. Medium design is attuned to reverberations of aesthetic practices in cultural networks about which Walter Benjamin or Jacques Rancière write. Lending from J.J. Gibson, one could say that there is a sense of the affordances of things at play. Or from Gregory Bateson: a sense of temperament in the interplay of things.

At a moment of digital ubiquity, it may be easier to treat digital platforms as primary in contemporary innovation and to believe that, if coated with sensors in an internet of things, the stiff, dumb world will suddenly become responsive and “smart.” But the heavy lumpy components of space are themselves information systems that don’t really need digital devices to make them dance. As Gregory Bateson noted, a man a tree and an ax is an information system. So, since architecture and urbanism are making radical changes to the globalizing world, space may be an underexploited medium of innovation.

Bored with the rhetorical, the seminar meetings foreground actual experiments in medium design that attempt to leverage some heavy spatial consequences.

Keller Easterling is an architect, writer and professor at Yale. Her most recent book, Extrastatecraft: The Power of Infrastructure Space (Verso, 2014), examines global infrastructure as a medium of polity. Another recent book, Subtraction(Sternberg, 2014), considers building removal or how to put the development machine into reverse. Other books include: Enduring Innocence: Global Architecture and its Political Masquerades (MIT, 2005) and Organization Space: Landscapes, Highways and Houses in America (MIT, 1999). Her research and writing was included in the 2014 Venice Biennale, and will be included in the 2018 Biennale.
She lectures and exhibits internationally.