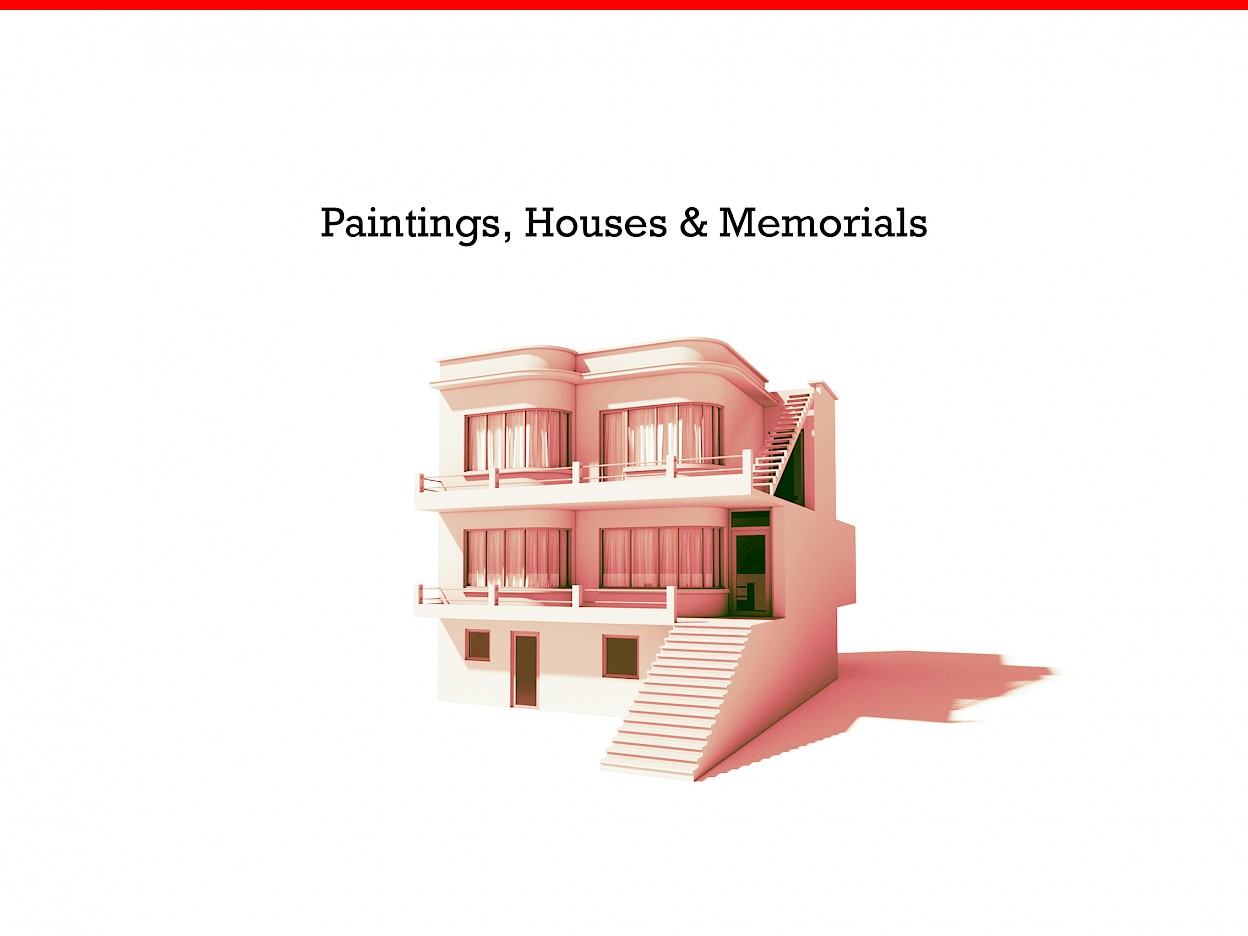 In this lecture, artist Mahmoud Khaled discusses two of his bodies of work: Painter on a study trip (2014) and Proposal for a House Museum of an Unknown Crying Man (2017). Both works used paintings and houses as source material and points for departure for their narrative and conceptual formulation, the lecture also discusses how exhibitons can be used as media for the formal manifestation of the work and also treated as an artwork in itself with its won physicality and conditions.

Mahmoud Khaled studied fine art in Alexandria, Egypt, and Trondheim, Norway. His classical training as a visual artist seems to manifest in his interest in materiality and formal composition and their capacity to mimic the theatricality of power. His relationship to fine art education is critical and conversational. It informs an alternating ontological position where he either pronounces himself within the work as a vocational voice or swaps it for another hat: once performing the protagonist role of a painter flâneur and another time the one of an unknown curator of a politically important memorial. His work complicates and appropriates form to offer virtual proposals that rethink justice and imagine possibilities for a redemptive future. He has been named a 2020 DAAD artist in residence in Berlin.

The lecture will be held in English language