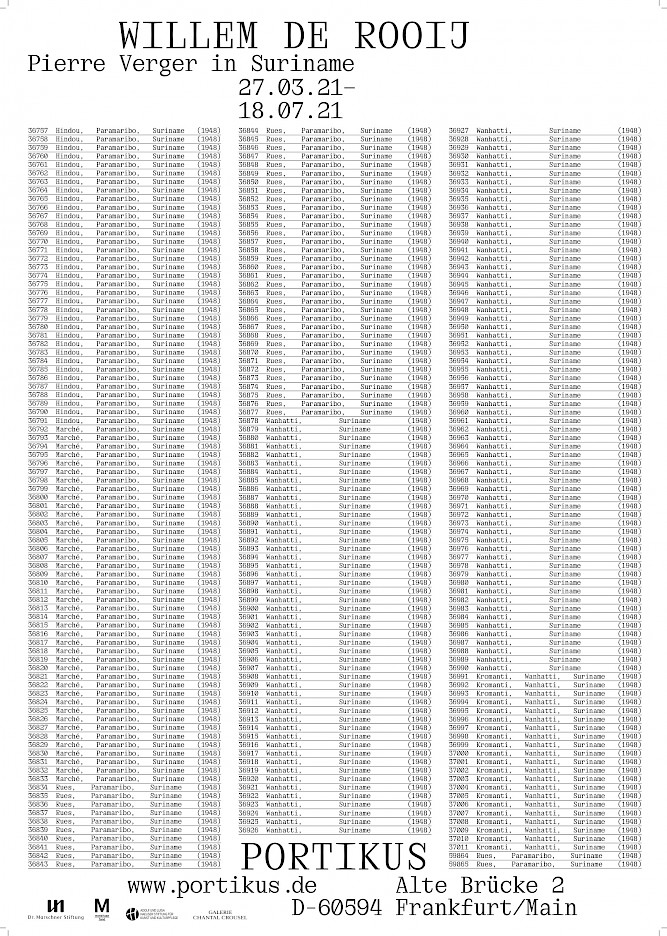 In his work Willem de Rooij reflects on the genealogy and reception of images, through artistic research and appropriation. He understands images as constructed connotative complexes, both in their modes of representation and in how they are perceived. De Rooij has been teaching extensively since the late 1990s and has been a Professor of Fine Art at the Städelschule in Frankfurt am Main since 2006.

The core of the installation Pierre Verger in Suriname is a suite of 257 images that were made by French photographer and ethnologist Pierre Verger (Paris, 1902–Salvador da Bahia, 1996) during his eight-day trip to Suriname in 1948. Through his journeys as photojournalist Verger became interested in the relationship between the cultures of the African Diaspora and those of West Africa. When he settled in Salvador da Bahia in the late 1940s, he began to focus especially on Afro-Brazilian culture, depicting the practice of religious rites, an interest that would eventually become the focus of his life’s work.

Pierre Verger in Suriname now makes this particular group of photographs accessible to a wider audience for the first time through a new installation at Portikus and an accompanying publication.