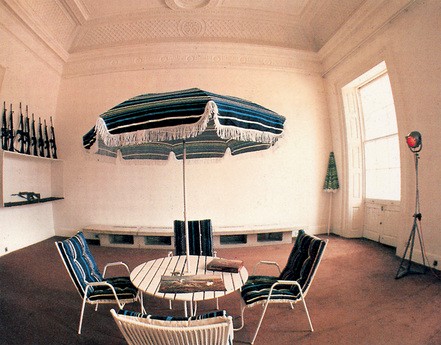 Rachel Haidu: A Melancholic Autocracy: On the Paradoxes of Skill in Marcel Broodthaers' Museum Fictions

Marcel Broodthaers is perhaps best known for having declared a museum, along the same lines through which Marcel Duchamp declared his readymades art. But whereas Duchamp’s paradigm seems to have limited its radical implications to the realm of art, Broodthaers’s museum created a self-consuming bureaucracy that in turn re-framed the relation between politics, activism, and melancholic authorship. It is within that highly topical framework that Rachel Haidu will address the questions of “reskilling” as a performative practice.

Rachel Haidu is Associate Professor in the Department of Art and Art History and Director of the Graduate Program in Visual and Cultural Studies at the University of Rochester. She is the author of The Absence of Work: Marcel Broodthaers 1964-1976 (MIT Press/October Books, 2010) and numerous essays, most recently on the works of Ulrike Müller, Andrzej Wróblewski, Yvonne Rainer, Sharon Hayes, James Coleman, Gerhard Richter, and Sol LeWitt. Her current book manuscript, tentatively entitled The Shame of the Self, examines notions of selfhood that develop in contemporary artist’s films and video, dance, and painting.