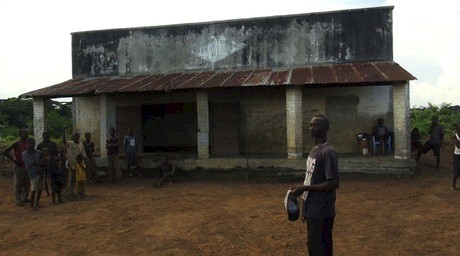 Renzo Martens: More news on the Institute for Human Activities

Renzo Martens will talk on recent developments at the Institute for Human Activities, an organization dedicated to making critical art profitable for the people that inhabit the Congo, rather than people in New York or Berlin. The project started on a former Unilever plantation 800 miles north of Kinshasa on the Congo River, and is currently re-locating, after a series of dramatic events.

Renzo Martens is a Dutch artist and filmmaker and currently serves as director of the Institute. In his first film, Episode 1, Renzo travels to Chechnya to adopt a rarely defined role in contemporary war: that of its spectator. Episode 3, also known as Enjoy Poverty, is a meditation on the political claims of contemporary art and the result of Renzo’s two-year journey in the Congo. In the film, aided by a giant, portable neon sign reading “Enjoy Poverty,” he sets up an emancipation program to encourage local communities to think of their poverty as a resource.

His films have been shown at the 6th Berlin Biennial, Tate Modern in London, Centre Pompidou in Paris, Van Abbe Museum Eindhoven, Kunsthaus Graz, Stedelijk Museum Amsterdam, as well as at numerous film festivals and on public broadcast channels. He co-founded the Institute for Human Activities in 2010 with legal structures in Amsterdam, Brussels and Kinshasa.