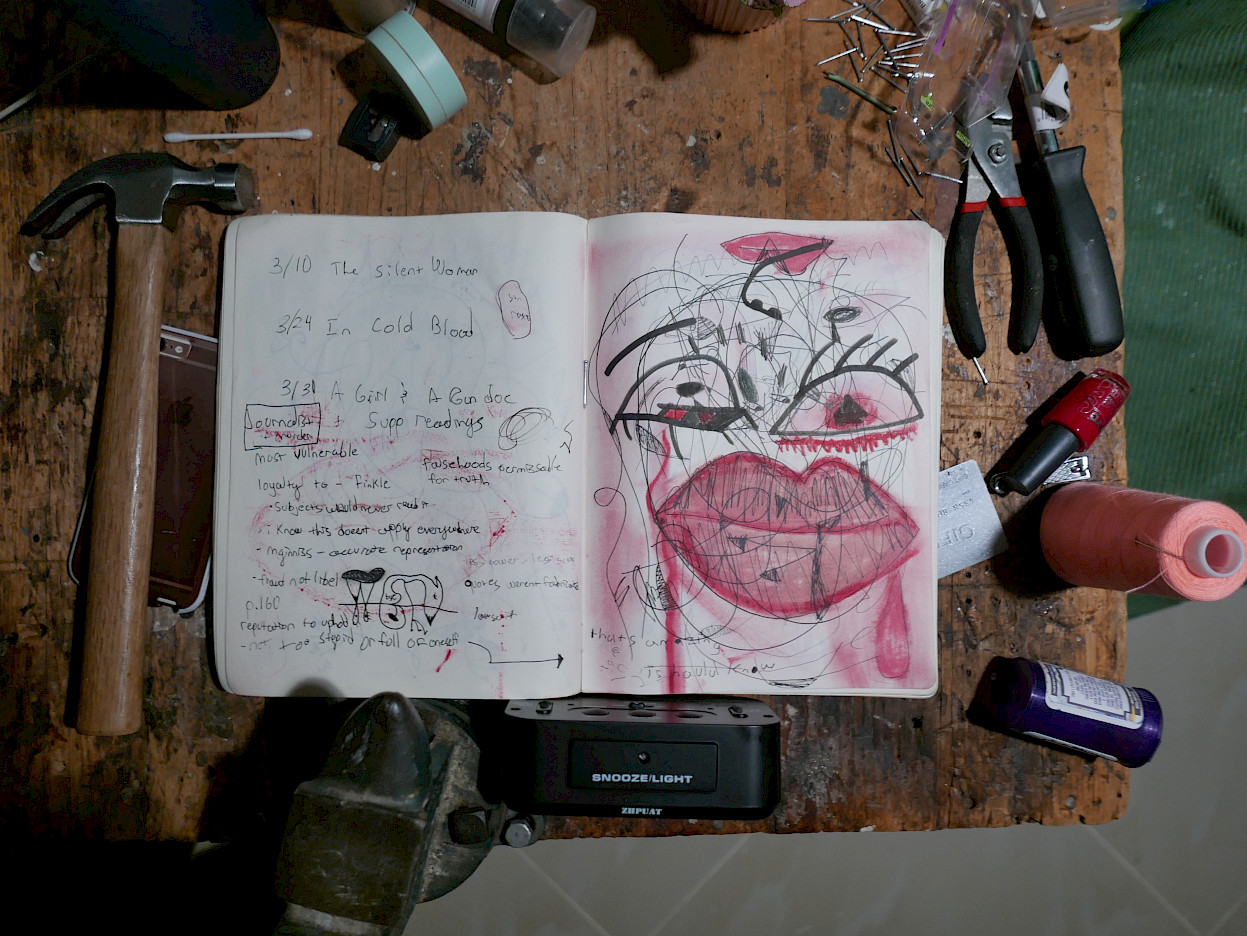 The photo is by me of a page from my notebook with notes on a class called Creative License in Nonfiction. It was taken in 2016. The photo is untitled.

Ser Serpas (b.1995, Los Angeles) has had solo shows at Luma Westbau in Zurich (2018), “Models” and “Two Take Red Series” at Karma International, Zurich (both 2020), at LC Queisser in Tbilisi, and at Galerie Balice Hertling in Paris (both 2021). She was included in the 2020 Made in LA Biennial at the Hammer Museum as well as the opening show of Bourse de Commerce – Pinault Collection in Paris (2021). Her first poetry book, Carman: Based on the Opera, was published in 2019, and the second one, Guesthouse, a few months ago. She lives in Tbilisi, Georgia.

Whether writing in trains or drawing in public spaces, collecting gifted or found debris of late-capitalist society, or learning how to paint the fragmented bodies of maybe-lovers, Serpas reclaims agency from inside the late-capitalist matrix through a seemingly improvised execution carried out during trance-like, private moments. What we, the viewer, experience is transient moments of fleeting grace that command our rarefied attentional currency to attune itself to the artists’ quasi-musical scores in space. If only for the duration of a show, the curse to continuously self-update and self-represent is lifted. A shared intimacy slowly resurfaces for those willing to follow the wake of the artist’s both eruptive and fragmentary path.
In this online webinar Serpas will discuss her first artworks made, for the most part, over the last two years of her undergraduate studies in New York between 2016-2017. She will delineate her approach to the various mediums she employed as well as her thought process regarding her employment of found objects, discarded and regifted materials, and borrowed language.