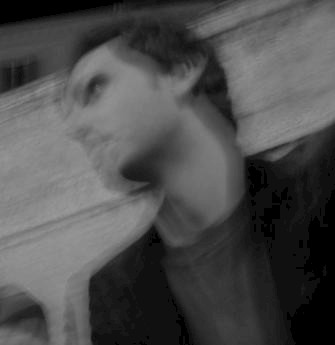 Stefano Corbo (1981) is an Italian architect, researcher, and educator. In 2012, after working as an architect at Mecanoo Architecten, Stefano founded his own office SCSTUDIO Architecture and Design (www.scstudio.eu), a multidisciplinary network practicing architecture and design, preoccupied with the intellectual, economical and cultural context.

Stefano will give a talk based on the following premise: In the transition from a Modernist vision, based on abstraction and separation (and in architecture on the metaphor of the machine), towards a model that could be defined as thermodynamic, a new world emerges whose material and technical articulations appear according to open, fluid and unstable dynamics. It’s something about buildings and at the same time about electro-material environments, or atmospheres. Stefano corbo shall elaborate upon his research project based on those moments of discontinuity that somehow express the crisis of Modernity and that announce a paradigm shift; exemplified in a symptomatic way by the notion of infrastructure.

Characterized by a multitude of articulations and categorizations, the discourse around infrastructures has marked the last two decades of architectural production and theoretical debate. To investigate its contemporary nature means dealing with the complex interpenetration of architectural, biological and social structures within a single element, and at the same time, means describing new conditions – a renovated relationship between interior and exterior, the creation of artificial territories, the mix between horizontal and vertical configurations, the change from the idea of program to the idea of use (use implies movement, the idea of experience, perception, fluidity).

Vision machines, knowledge apparatus, convective architectures – all of these recent manifestations are but the late-capitalist evolution of the modernist idea of infrastructure.

Stefano Corbo received an M.Arch II in Advanced Architectural Design at ETSAM Madrid (Escuela Técnica Superior de Arquitectura) in 2010, and is currently a Ph.D Candidate at the same Institute. Stefano has taught at several academic Institutions: LAU Beirut (Lebanese American University); The Faculty of Architecture in Alghero, Italy; ETSAM Madrid; and has been a guest lecturer at Deakin University in Melbourne, ESALA Edinburgh, The University of Miami, MIT, and The University of Wisconsin.

In December 2014, his first book was published by Ashgate: “From Formalism to Weak Form. The Architecture and Philosophy of Peter Eisenman.” In May 2016 his new book will be published by Images: “Interior Landscapes. A visual atlas.”, a journey through the interior – exterior dichotomy in contemporary architecture.