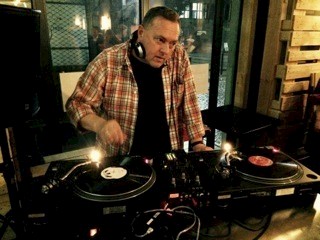 This lecture will discuss both performatively and lyrically the idea of gender performance in pop music. You Make Me Feel Mighty Real was a major hit by the flaming Disco Queen Sylvester (formerly Cockettes), especially gaining resonance in the gay community. It was a central slogan of the disco movement, before this was killed off by Rock 1979 at a sport stadium under the motto Disco Sucks. And REALNESS is, of course, a queer high camp construct, which is awarded to participants in VOGUING competitions.

Thomas Meinecke is a German author, pop artist, musician and DJ. From 1978 to 1986 he was a co-editor and editor of the avant-garde magazine Mode & Verzweiflung. In the eighties he wrote columns for ZEIT. From 1986, he published stories and numerous novels, most recently the novel Selbst (Suhrkamp, 2016). Meinecke is also a musician and lyricist in the band Freiwillige Selbstkontrolle (FSK) as well as releasing records under his own name. He is also radio DJ in the program Zündfunk Nachtmix (BR 2) and regularly works as a club DJ. Since 2008, Meinecke has also been running a series of concerts under the title "Plattenspieler" at the Berlin Theater Hebbel am Ufer (HAU).