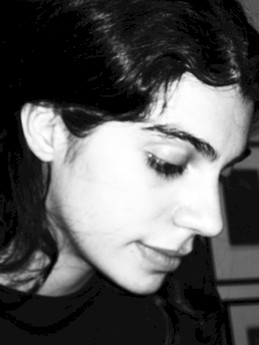 Zasha Colah will reflect on notions of cultural transference and collective imagination in situations of political exigency, tracing a path through her most recent exhibitions and curatorial writing, framing questions about the role and premise of curatorial work. The talk will consider the political and philosophic motivations of choreography and the possibilities of fiction, to reflect on cultural sovereignty and the way works of culture address injustice and the law. Colah’s curatorial projects point to pending or under-represented art historical narratives that find common inheritances and solidarities beyond India and the subcontinent.

Zasha Colah co-founded the Clark House Initiative, a curatorial collaborative and a union of artists, in Mumbai in 2010, and a collaborative called ‘blackrice’ in the Indian state of Nagaland in 2008. She was the curator of 20th-century Indian Art at the CSMVS Museum in Mumbai, formerly known as the Prince of Wales Museum of Western India, after completing degrees in art history at Oxford and curatorial practice at RCA, London. Prior to this she worked on public programs at the National Gallery of Modern Art (2004-2005) in Mumbai.

The Indian, Mumbai-based curator Zasha Colah is the first grantee of the program 'Curators in Residence: Curating Connections’, an initiative by KfW Stiftung and Berliner Künstlerprogramm/DAAD. It provides emerging curators from Latin America, Africa, the Middle East and Asia with the opportunity to spend several months in Berlin. Besides encouraging research and critical reflection, the program facilitates encounters between those working in arts and culture. The curators-in-residence program of KfW Stiftung seeks to stimulate intercultural dialogue in curatorial practice. In addition to the Berlin program ‘Curating Connections’ a second program in Frankfurt, ‘Curating Collections’, has started in collaboration with the Weltkulturen Museum.