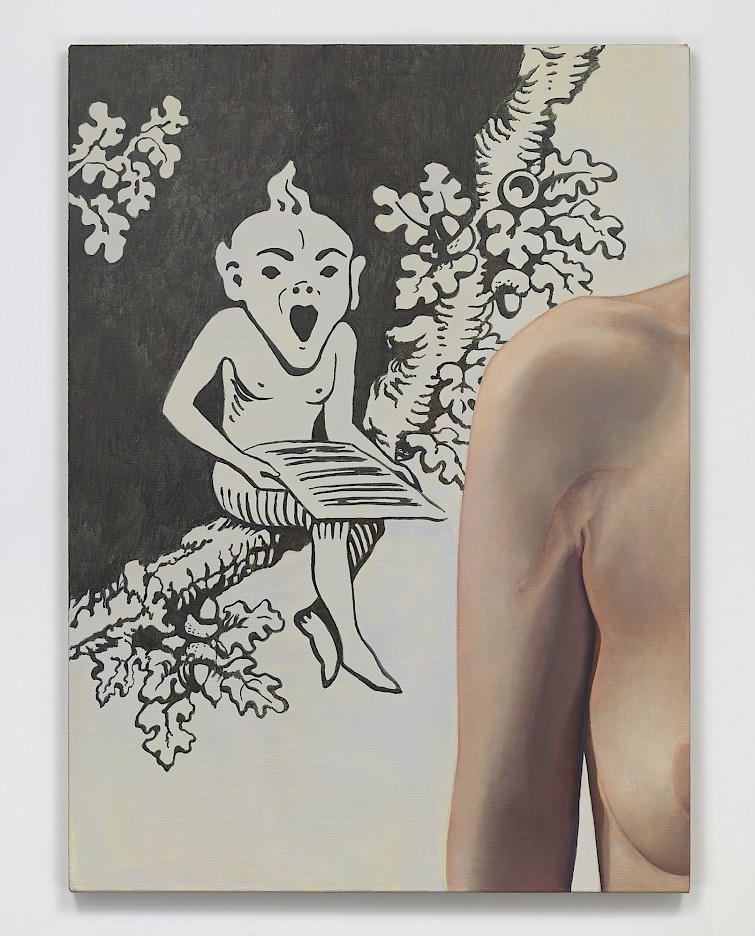 Are we bound by biography?
How can I assess my own taste?
What does it mean to consider the art world as an oral tradition?
Can we stay cool but queasy inside Keats’ “negative capability”?
Is my signature a sponge?
How to achieve the texture of life?

These questions will be addressed through a sequence of my recent exhibitions and decisions relating to structure, motif and repetition. I will also discuss how language – via naming, inversions, translation, punning, note taking, ghostwriting – can serve as a tool for deepening and converting experience into visual content.

Allison Katz (b. Montreal, Canada, currently based in London) has been the subject of institutional exhibitions at All Is On at Kunstverein Freiburg in Germany (2015) and Diary w/o Dates at Oakville Galleries, Canada (2018), traveling in May 2018 to the MIT List Visual Arts Centre, Boston, USA. Her first monographic catalogue will be published in December 2018. Katz spent the summer of 2017 in residence at the studio of Sol LeWitt in Spoleto, Italy. Her work has been included in group exhibitions at Tate St Ives, UK (2017); ICA Studio London (2015), South London Gallery, UK (2014); and Sculpture Center, USA (2014). In addition, she has worked in collaboration with DAS INSTITUT at the Serpentine Gallery, UK (2016) and with Fredrik Vaerslev at Bergen Kunsthall, NO and Le Consortium, FR (2016-2017). Her work has been featured on the cover of Frieze, CURA and Metropolis M magazines, in addition to articles and interviews in Art in America, The White Review, Border Crossings and BOMB. She has published texts for or with artists including Kerstin Brätsch, Sanya Kantarovsky and Charline von Heyl. Since 2013 she has variously been a tutor or visiting artist in London at the Slade, Goldsmiths, the Royal College of Art, and the Royal Academy. She graduated with an MFA from Columbia University, New York, in 2008.