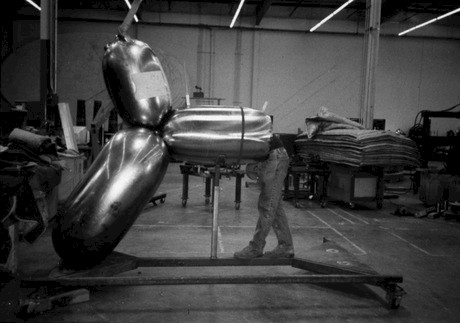 Beatrice von Bismarck: Efficiency and Wastefulness. Paradoxes of the artist's image in the 21st century.

For the last almost two decades artists have become role-models within contemporary society. A development which is largely due to the characteristics ascribed to them: freedom, creativity and self-determination. The appropriation of these qualities within social contexts, however, is taking place with contradictory signs: While on the one hand, what is asked for, is the use of self-organizational skills in working contexts, synergetic exchanges between different forms of knowledge production and innovative potentials of economic or ecological development processes. What is overlooked on the other hand is that these qualities precisely elude demands of utility or efficiency.

In times of the newly reheated debates on the Bologna process, the precarious working conditions in a post-fordist economy and the continuing instrumentalization of the so-called creative class how does this affect the image of the artist? Instead of being economically appropriated how can the assigned qualities - as parts of this image - become culturally, socially and politically operative again?

Beatrice von Bismarck is professor for art history and visual studies at the Hochschule für Grafik und Buchkunst (HGB) Leipzig and program director of the academy’s own gallery. She lives in Berlin and Leipzig.

This lecture-series (conceptualized by Isabelle Graw) revolves around the question of artistic skills in a digital world. What do they actually consist of? While it always mattered how an artist performs herself since the Modern Age, it seems that the „Auftritt des Künstlers“ (Beatrice von Bismarck), namely, her public staging of herself, has become increasingly important in a Media Society. Has the modeling of her „personality“ turned into a skill that is required from her? Or should one rather argue that artistic practices still represent other competences, attitudes and ways of life that question the ideal of an entrepreneurial self? What have traditional skills been replaced by?
It seems that the deskilling of the arts that is usually associated with the „Duchamp-effect“ and post war practices allowed for a reskilling that is currently quite popular in the artworld. Is it a historical necessity that deskilling entails reskilling? Historically speaking, „deskilling“ was a male privilege in the 1950´s and 1960´s. Many male artists opted for anti-subjective aleatory procedures that rejected skills, whereas women artists practiced another form of deskilling in the 1970´s by reintroducing formerly devaluated, „female skills“ into their work. Could one argue, at least in retrospect, that it is precisely these lower or soft skills associated with the sphere of reproduction that are have risen to the status of a valuable resource in our New Economy?