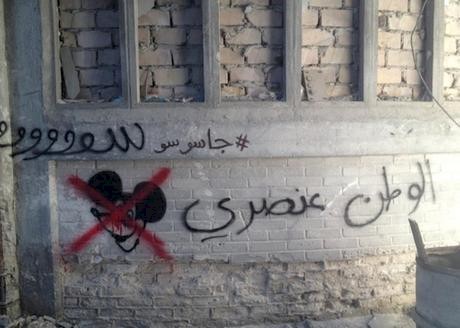 Heba Y. Amin is an Egyptian visual artist and scholar whose work is embedded in extensive research addressing the convergence of politics, technology, and urbanism. She is particularly interested in tactics of subversion and techniques used to undermine systems as well as topics surrounding critical spatial practice and critical geography. While often relating to the contemporary political situation in Egypt, she doesn’t see art simply as a tool for political transformation, but is rather interested in how art and politics can interact in multiple complex ways. Amin is also one of the artists behind the subversive action on the set of the television series “Homeland” which received worldwide media attention and led to the making of the short film "Homeland is not a Series" produced by Field of Vision (The Intercept).

Amin received her MFA at the University of Minnesota and is a DAAD grant recipient (2010-2012), a Rhizome Commissions grant winner (2009) and a recent short-listed artist for the Artraker prize (2014). She is currently the curator of visual art for MIZNA journal (US), curator for the biennial residency program DEFAULT with Ramdom Association (IT) and co-founder of the Black Athena Collective. Her artistic work has been shown worldwide with recent exhibitions at Dak’Art 2016 Biennale, the Marrakech Biennale 2016 Parallel Projects, the Museum of Modern Art in Warsaw, the Kunstverein Hamburg, Berlin Berlinale Forum Expanded (2014, 2016), and the IV Moscow International Biennale for Young Art. She lives between Berlin and Cairo. More information on her work can be found at www.hebaamin.com.