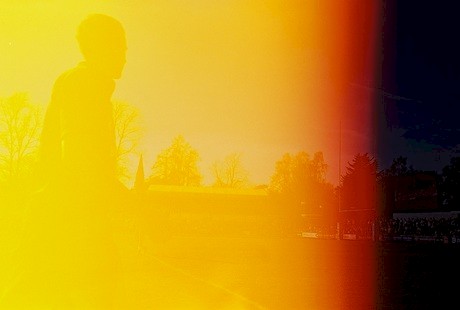 Josephine Pryde: We Do The Rest

Ringvorlesung Institut für Kunstkritik
Do it yourself. Deskilling and Reskilling in the Digital Techno Age

It seems that the deskilling of the arts that is usually associated with the „Duchamp-effect“ and post war practices allowed for a reskilling that is currently quite popular in the artworld. Is it a historical necessity that deskilling entails reskilling? Historically speaking, „deskilling“ was a male privilege in the 1950´s and 1960´s. Many male artists opted for anti-subjective aleatory procedures that rejected skills, whereas women artists practiced another form of deskilling in the 1970´s by reintroducing formerly devaluated, „female skills“ into their work. Could one argue, at least in retrospect, that it is precisely these lower or soft skills associated with the sphere of reproduction that are have risen to the status of a valuable resource in our New Economy? A short talk on a time-based medium - Josephine Pryde will discuss her artwork in connection to skills she may have acquired, or otherwise, while using a camera.

Pryde was born in the United Kingdom, studied in London and was appointed Professor for  'Zeitgenössische Kunst und Fotografie' at the University of the Arts, Berlin, in 2008. Her most recent exhibition was 'Traces of Accessibility' in collaboration with Marilyn Thompson, in April 2017 at Goton, Paris. Since 2014, Pryde has exhibited two different miniature rideable trains, alongside photographs featuring hands, in various configurations, initially in the show 'These Are Just Things I Say, They Are Not My Opinions' at Arnolfini, Bristol in 2014, and then in 'lapses in Thinking By the person i Am' at CCA Wattis, San Francisco and ICA Philadelphia in 2015. Her catalogue 'The Enjoyment of Photography' also appeared in 2015.