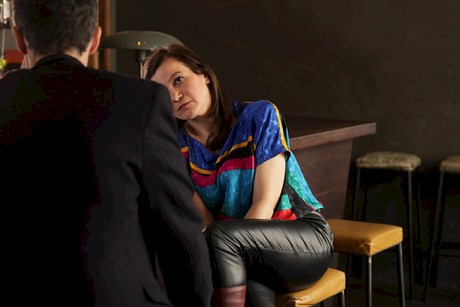 In her lecture Cmelka will talk about her ongoing series of „Microdramas“ – live performances, performance videos, photographs and artist books. Dramatic miniatures related to the popular play that she produces since 2008, often in collaboration with artist friends, actors, musicians and persons from the cultural field. They display dysfunctional relationships, gestures of care as well as the impossibilities of communication between people. In a new body of work she currently deals with professional acting techniques, coaching and the public and private personality of the performer.