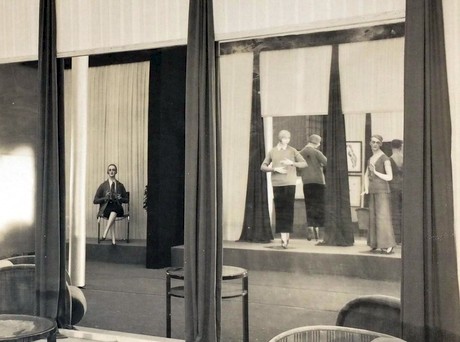 Lucy McKenzie: Civilised Woman: skill, image and agency in the 1920s and the present

This lecture-series (conceptualized by Isabelle Graw) revolves around the question of artistic skills in a digital world. What do they actually consist of? While it always mattered how an artist performs herself since the Modern Age, it seems that the „Auftritt des Künstlers“ (Beatrice von Bismarck), namely, her public staging of herself, has become increasingly important in a Media Society. Has the modeling of her „personality“ turned into a skill that is required from her? Or should one rather argue that artistic practices still represent other competences, attitudes and ways of life that question the ideal of an entrepreneurial self? What have traditional skills been replaced by?
It seems that the deskilling of the arts that is usually associated with the „Duchamp-effect“ and post war practices allowed for a reskilling that is currently quite popular in the artworld. Is it a historical necessity that deskilling entails reskilling? Historically speaking, „deskilling“ was a male privilege in the 1950´s and 1960´s. Many male artists opted for anti-subjective aleatory procedures that rejected skills, whereas women artists practiced another form of deskilling in the 1970´s by reintroducing formerly devaluated, „female skills“ into their work. Could one argue, at least in retrospect, that it is precisely these lower or soft skills associated with the sphere of reproduction that are have risen to the status of a valuable resource in our New Economy?

Lucy McKenzie is a Scottish-born, Belgium-based artist, whose work could formally be described as collaborative and interdisciplinary. Crudely formulated, the artist is interested in how to learn, un-learn and extend structures. Recurring undercurrents in McKenzie's practice can thus be recognized as appropriation, self-appropriation and mastery of craft, manifested through trompe 'oeil paintings, mystery writing, interior and fashion design.
McKenzie (*1977, Glasgow) graduated from Duncan of Jordanstone School of Art & Design in Dundee in 1999. From 2007 to 2008 she studied decorative painting at Van Der Kelen Logelain in Brussels. She formed the interior design company Atelier E.B. with Edinburgh-based designer Beca Lipscombe and illustrator Bernie Reid. Solo shows have been held at the Stedelijk Museum, Amsterdam (2013), the Museum of Modern Art, New York (2008) and the Van Abbemuseum, Eindhoven (2004). McKenzie was a guest professor at the Düsseldorf Kunstakademie in 2011–13.