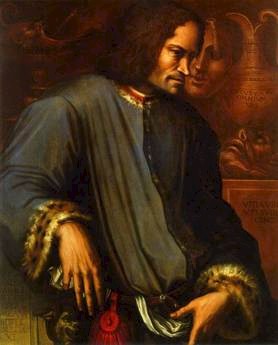 Alessandro Nova: The Portrait in the Art Theory of the 16th century

Born 1954 in Milan, Alessandro Nova studied “Lettere e Filosofia” at the Università degli Studi di Milano and Art History at the Courtauld Institute of Art in London. In 1982, he earned his PhD at the Courtauld Institute of Art in London. His research was financed in 1986-1987 by the J. Paul Getty Postdoctoral Fellowship, and in 1992-94 by the Institute for Advanced Study in Princeton. From 1988 to 1994 he was an Assistant Professor at Stanford University (California, USA). In the summer semester he held the position of a C4-Professor at the Humboldt University in Berlin. In 1994, he was appointed professor of Art History of the Renaissance at the Goethe-Universität in Frankfurt am Main. In the Wintersemester of 2001-2002 he was a Guest Lecturer at the École des Hautes Études en Sciences Sociales – CEHTA (Centre d’histoire et théorie des arts) in Paris. From 2006 to 2007 he served as the managing director of the research center on the Early Modern Period at Frankfurt University (Zentrum zur Erforschung der Frühen Neuzeit, Renaissance Institut). In July 2006, he was appointed Honorary Professor of the Goethe-Universität in Frankfurt am Main. In 2010 he was a visiting Researcher at the Humboldt-University of Berlin in the research project “Bildakt und Verkörperung”. Since October 2006, Alessandro Nova has served as Director of the Kunsthistorisches Institut in Florenz – Max-Planck-Institut.