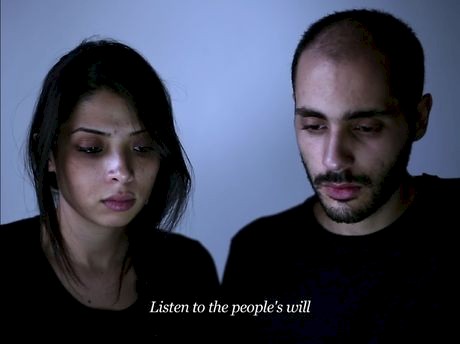 Through language, subjectivity, orality, and transitional territories, Khalili's work (film, video, installation, photography and prints) focuses on historical speculation and the representation of subjects rendered invisible by the nation-state, to investigate strategies and discourses of resistance as elaborated and narrated from the perspective of political minorities.

"Foreign Office" combines a digital film, a series of photographs and a silkscreen print. Produced in Algier in Fall 2014 and currently on view at Khalili's solo show at Palais de Tokyo in Paris, this new body of works investigates the period during which Algiers - between 1962 and 1972 - became the "capital of revolutionaries", hosting delegations of movements of liberation from Africa, Asia and the Americas. Taking as a starting point this forgotten part of post-independent Algeria, "Foreign Office" invites to reflect on the articulations between history, historiography and oral history, their transmission, and the status of forgotten utopias. For this lecture, Bouchra Khalili will introduce the project as well as the method she developed to conduct it.