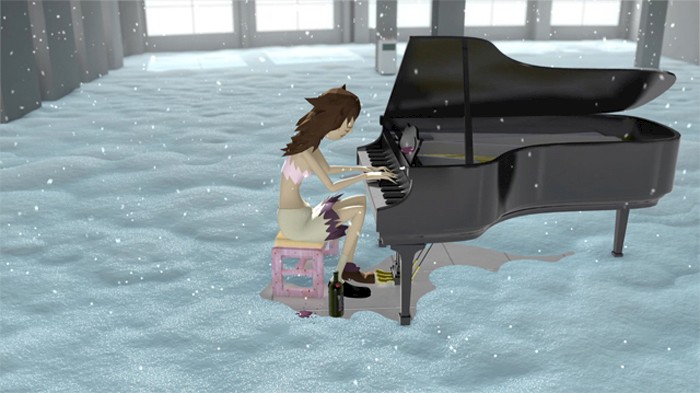 Lola Kramer (b. 1990) is an independent curator, researcher and writer based in New York City. She received her MA at the Center for Curatorial Studies. Bard College in 2017 and has organized screenings and conversations around the work of Tony Conrad, Julie Becker, Chris Kraus, Leigh Ledare and Lynne Tillman. Lola Kramer has worked with the Whitney Museum, the Hammer Museum, the Swiss Institute, and galleries based in NYC and is the curatorial director of the NY-based non-profit Wide Rainbow.

Bunny Rogers (b. 1990) is an American artist based in New York. With a practice that incorporates both the physical and virtual forms of sculpture, installation, video, publication and 3D modeling, she interweaves reality and fiction to reflect on experiences of loss, alienation and community. Bunny Rogers has exhibited at numerous institutions including Whitney Museum of American Art, New York; Musée d’Art Moderne, Paris; Fondation Louis Vuitton, Paris; and Hamburger Bahnhof, Berlin.