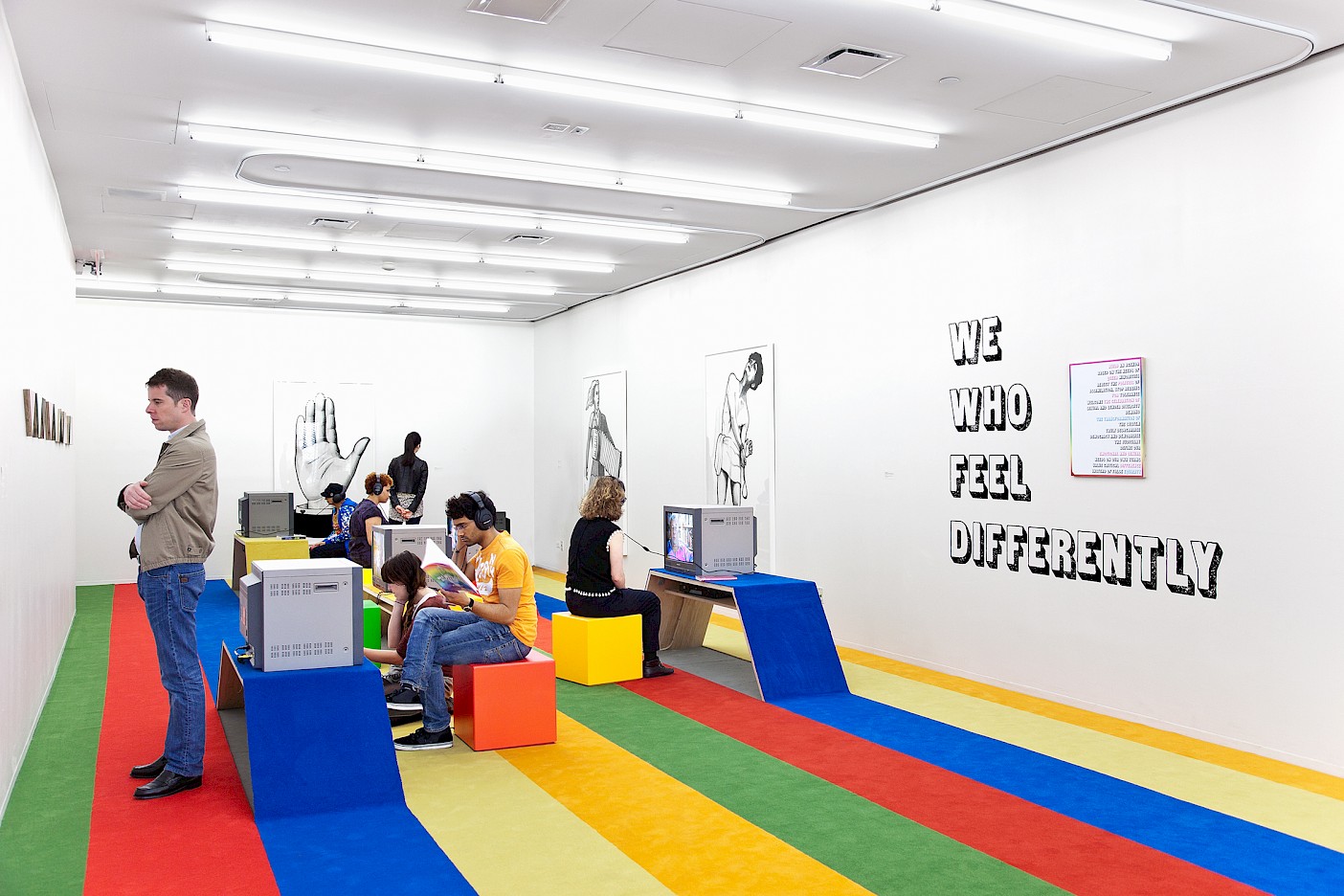 Carlos Motta: We Who Feel Differently. On Queer Politics and Representation, Past and Present

During his lecture We Who Feel Differently: On Queer Politics and Representation, Past and Present, Carlos Motta will present a selection of recent multidisciplinary art projects, which document the social conditions and political struggles of sexual, gender, and ethnic minority communities. Manifested in a variety of mediums – video, installation, sculpture, drawing, web-based projects, performance, and symposia – his work aim to challenge dominant and normative discourses through visibility and self-representation. Carlos Motta is a historian of untold narratives and an archivist of repressed histories and is committed to in-depth research on the struggles of post-colonial subjects and societies.

The lecture is part of the lecture program We Who feel Differently, borrowing its name from one of Carlos Motta's projects. The program is organised by Gardenia, a reading group among Städelschule students, and will continue on November 6 with Daniel Blanca-Gubbay and on December 11 with the art historian Bojana Kunst.

Gardenia was formed last summer: Meeting outdoors we started discussing José Muñoz' Disidentifications (1999) and also organized a screening of The Salt Mines (dirs. Carlos Aparicio and Susana Aikin, 1990). During our gatherings a couple of ideas started to coalesce. At the forefront stayed a very tangible but paradoxical nexus between performativity and subaltern subjectivities. This relationship between identitarian markers of difference—for instance queerness or brownness—and their performances seems at times compulsory, while at other times it feels like a way to expose and reflect the ways in which alterity is made visible and possible but also enforced and reified. We Who Feel Differently gathers different speakers around the idea that self-representation can be a contentious performance expressing social realities. The speakers discuss the ways in which art and pedagogy, the fictions of institutions, and queer ecologies sustainedly code and inform our notions around performativity and alterity."