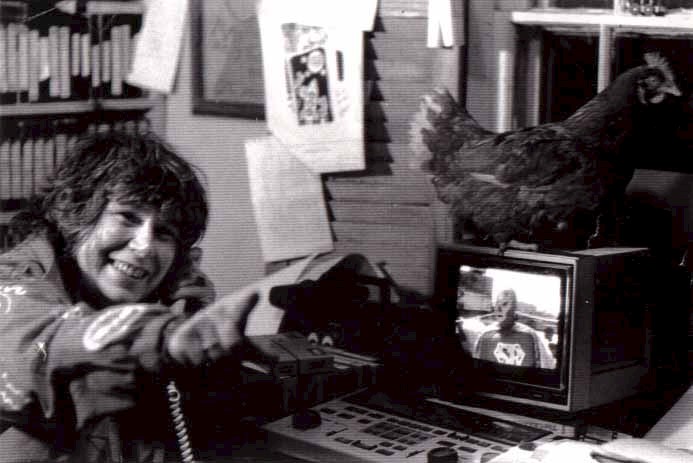 In five decades as a filmmaker, teacher, and international communications rights activist, DeeDee Halleck has helped place new technologies—from home video and cable television, to Internet journalism and digital satellite broadcasting—in the hands of social movements and regular folks. Along the way, she has inspired generations of grassroots media activists, and helped found a string of creative grassroots media initiatives such as Paper Tiger Television, the Deep Dish Satellite Network, and the television version of Democracy Now!.

In the nineteen seventies, as President of the Association of Independent Video and Film Makers, Halleck testified twice before the United States Congress to increased support and channel space for independent video and film. In 1981 she organized Paper Tiger Television, an open media collective dedicated to raising media literacy and challenging corporate control over the broadcast medium. Paper Tiger has created over 400 half hour programs featuring many many artists, activist and academics such as Martha Rosler, Howard Zinn, Sheila Rowbotham, Joel Kovel, Serafina Bathrick, and Noam Chomsky.

Halleck is Professor Emerita in the Department of Communication at the University of California at San Diego. She is the recipient of a Guggenheim Fellowship and her documentary film, Mural on Our Street was nominated for an Academy Award. Her book, Hand Held Visions is published by Fordham University Press.